The History of the First Farmfest

The History of the First Farmfest 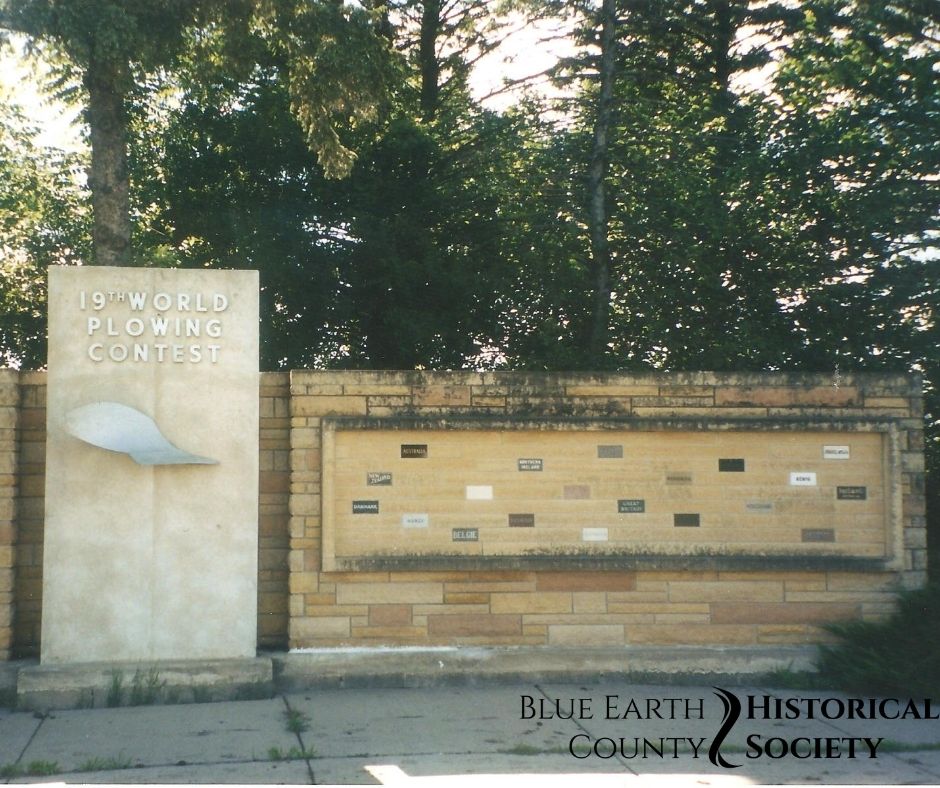 The little community of Vernon Center gained national and even international attention during the week of September 11-17, 1972.  Shady Brook Farms just north of the town, owned by Bert Hansen, became the site of the 19th World Ploughing Contest.  The yearly gathering blossomed into a 1400 acre agricultural extravaganza with over a 1000 acres of demonstration plots, 65 acres of exhibits, political speakers, entertainment, and the state and national as well as the world ploughing contest, called Farmfest USA.  All this for only $2.00 admission.

Roy Rogers and Dale Evans put on shows Monday and Tuesday.  Charlie Pride was the featured entertainment for Wednesday.  Frankie Fontaine, the Bugs Bunny Show and the US Air Force Band and the Thunderbirds entertained the remainder of the week.  All lead up to the appearance of Bob Hope on Saturday, drawing 80-90,000 people to the grounds.

Field demonstrations were held daily on numerous farms in the area, displaying corn, soybeans grain, forage and sorghum trial plots.  Both domestic and foreign farm equipment were on display, many demonstrated in the field.  Some of the newer items shown were a new building system from Lester’s, Steiger’s new 4-wheel drive tractors, a 10-ton self-propelled silage buggy from HCI Industries, and a universal header attachment for combines which fit all row crops from Melroe.

Programs advertised for women were presented daily including a class on terrariums, lamb cookery, today’s fabrics, or a fashion show from Madison East.  The grounds even had a post office with its own zip code, 56002.

Plowing was the focus of competition.  However there was also a Kite Flying contest, and the state Goose Calling contest.  Tractor and horse pulls attracted large crowds.  The state and national ploughing contest occurred early in the week.  A horse plowing contest closed the week.

All surrounded the World Ploughing Contest.  Twenty nations were represented, with 38 contestants.  Those men farmed anywhere from 10,000 acres in Rhodesia (present-day Zimbabwe] to twelve acres in Belgium.  Teams arrived early to practice plowing in soil which is heavier than most experienced in their own countries.  Teams brought coaches and mechanics, some provided by the companies who supplied the tractors.  Ford was the most seen tractor.

All plowing was done with two-bottom plows.  The contest lasted three hours.  The first twenty minutes the plowers opened a furrow the length of their plot.  Thirty minutes were then allowed to made adjustments, and the last 1 ½  hour was used to complete the plot.  Contestant were judged on such things as the straightness and uniformity of the opening furrow, the dept and slice of the furrows, and smoothness of running without jerking of the plow.  Austrian Willi Flatnitzen won the contest with 273 points out of 400.  The second and third place winners were both from Norway.

Preceding the event there were concerns about traffic, housing and weather.  The week began with fog and rain.  After 1 ½ inches of rain fell, sawdust and crushed limestone were used to cover the mud.  Bert Hansen himself physically stopped trucks from spreading crushed rock, as that would make the fields unworkable in future years.  The first day saw more people in attendance than food providers had planned for, and there was a definite lack of toilet facilities.  Those problems were quickly remedied for the remainder of the week.

Many campground sites were available with a 50 miles radius of Vernon Center.  All hotel and motel rooms in Mankato were filled, and over 1200 rooms were rented on campus.  The fall term at MSU had been delayed for the year.  The international plow teams all stayed in Gage Hall.  Individuals in Mankato rented rooms through the Chamber of Commerce.  And, of course, people in and around Vernon Center learned they had numerous relatives coming for a visit.

The 1972 Farmfest USA was termed “the largest agricultural exhibition ever.”  Attendance for the seven days was close to 500,000.  The event made a $35,000 profit for sponsors Agricultural Promotions Inc. (API), plus the repayment of $50,000 on a state loan.  “This may be the first time in Minnesota that someone repaid the state,” quipped a representative of API.

Today a Cairn of Peace, containing stones from nineteen of the countries represented in the contest, marks the site of the 1972 Farmfest.  It sits just off Highway 169, north of Vernon Center.