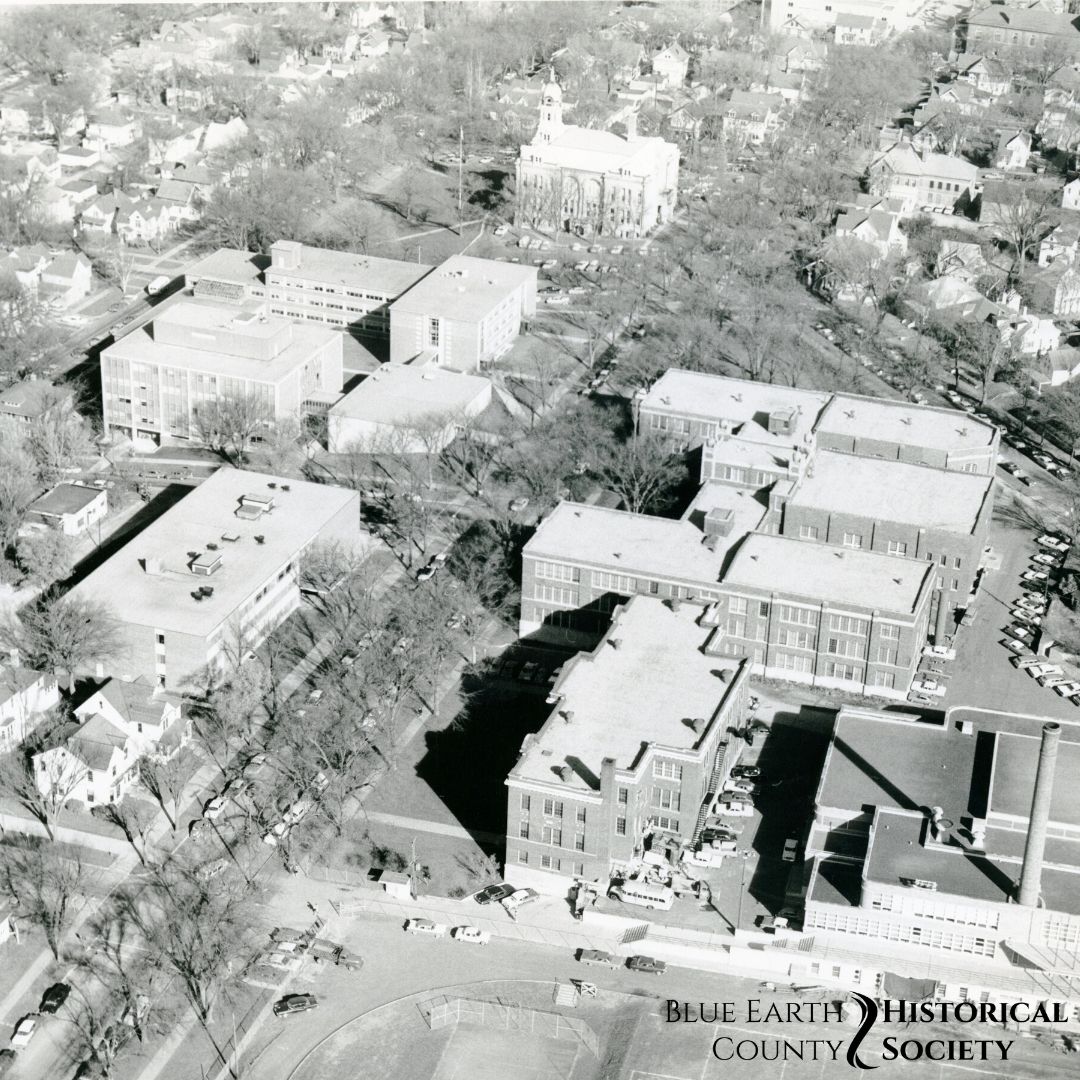 This article was originally written to correspond with a temporary exhibit: Coming of Age: 1968, which was on display in 2018.

Fifty years ago hardly seems like history to some readers, but appears a very different time and place to others.  The Minnesota State Historical Society chose 1968 as its focus for a traveling exhibit, enlarged by individual county exhibits.

There were a myriad of national events that made the news that year: the Vietnam War and its protestors, the deaths of Martin Luther King, Jr. and Bobby Kennedy, the tumultuous Democratic Convention in Chicago, the election of Richard Nixon as president.  Hubert Humphrey’s run for the presidency (and Eugene McCarthy’s) could also be classified as Minnesota news.

There were local headlines as well.  Madison East Shopping Center opened.  Mankato State College, First National Bank, and Brett’s department story celebrated 100 years.  The hospitals merged.  Land was broken for the new airport and studies for a site for a new high school on the east edge of town were begun.  Voters turned down a bond for building a new zoo at Sibley Park.  Lankammer’s announced plans to build a new Hilltop store.  Hillcrest Rest Home met standards to be approved for participation in the Medicare program.  Johnson Laundry was destroyed by fire.  The Court House reopened after a four-year renovation of the first floor.  The upper floors had been renovated in 1964.

A strike by Mankato teachers was averted in February when they settled for $6100 base pay.

However, news of the strike of Local 1043 International Union of Electrical, Machine and Radio Workers and Midtex, at 10 State Street, took up a good share of news space during April and May.  The strike began on April 1, with 276 employees, the majority women, asking for a raise in pay to $1.70/hour.  Midtex was Mankato’s largest single employer at the time, employing 400 at peak production.  By the second week eggs, rotting fruit, and vegetables were being thrown by picketers at the non-union workers crossing the line.  Arrests were made for disorderly conduct, contempt charges were recorded, and a restraining order against mass picketing and acts of violence was issued.  Front page news on April 12 announced that Midtex was moving equipment to a rented building in Madelia.  Picketers soon followed, and arrests ensued.  The National Labor Relations Board (NLRB) was called in to investigate unfair labor practices.   The company lost some Xerox contracts, and many in the city feared Midtex would move out of Mankato.  By mid-May, a second plant had been opened in Mountain Lake, and near the end of the month, plans were announced to move a part of Midtex’s operation to Springfield.  The strike was ended after fifty-eight days.  The company did move out of Mankato in 1987.

Eighty-eight Honeymead employees, members of Local 62, American Federation of Grain Millers, went on strike on July 2.  There was an orderly shutdown of the plant and all concerned reported that negotiations were conducted amicably.  The strike was settled after 72 days, on September 12.

Eight inches of rain fell in the Mapleton/Minnesota Lake area on July 23, causing substantial crop damage.  The Blue Earth and Minnesota Rivers rose at Mankato.  Heavy rain on July 26 collapsed a culvert on Belgrade Hill.   Over seven inches of rain fell on August 7, washing out six bridges in the county.  Two of those bridges were on Thompson Ravine Road, leaving Good Counsel cut off.  Washouts and mudslides closed roads, including Val Imm Drive, Franklin Street, and Highway 66.  Almost all basements in the Kennedy School area were flooded.  The High School Parking lot was a lake, and a deep gully was washed into the playing fields of Mankato State College’s Valley Campus.  The river rose to near flood stage.  As the water receded in downtown Mankato, mud was left, which was described as driving on ice.  Already saturated fields in the county were even further destroyed.  The county was declared a disaster area on August 13.  One of the flooded buildings in the community was the basement of the Blue Earth County Historical Society (Hubbard House) where several exhibits were displayed.  Five inches of silt was left behind.  By mid-December, the county had already experienced two major snowfalls.