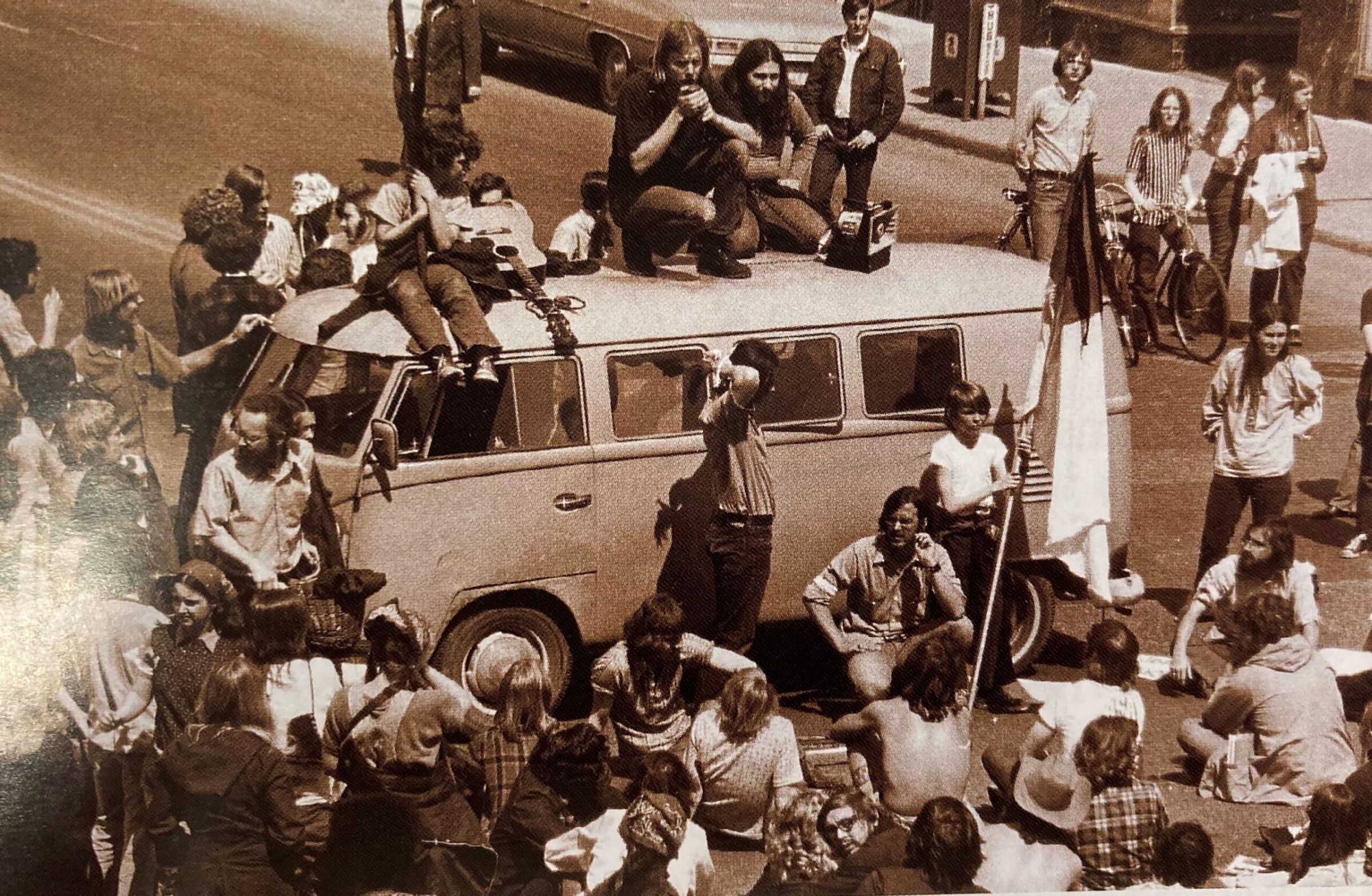 The Vietnam Conflict Protests took place in the spring of 1972, where conservative and mostly rural Mankato was shattered by a wave of activism by the students at MSU and some surrounding schools. After President Nixon announced that spring that the United States would continue to mine ports in North Vietnam, student and faculty anger at the war’s progression reached a boiling point.

On May 8, 1972, 20 to 30 pounds of dynamite detonated in the Law Enforcement building in Mankato causing some $300,000 in property damage. Although it is uncertain whether the bombing was linked to the anti-Vietnam War protesters the following day, one of the biggest events in the movement was to occur.

On May 9, 1972, some 4,000 people, mostly MSU students and faculty marched in what began as a peaceful Vietnam Conflict Protest through downtown Mankato. However, the march soon turned hot when the group separated in the afternoon. One group marched towards the 169 bridge and set up a human blockade in protest of the war. Riot Police were soon called to the scene and traffic was backed up for several miles. Then-president of MSU, James Nickerson was called to the scene to try and negotiate an agreement. Nickerson’s efforts were to no avail, however, as the students refused to leave the bridge. At 5:20 pm, the police employed the use of tear gas on the crowd. The police were then able to disperse the crowd, but several students suffered burns from the gas.

Two days later, about 20 students from MSU negotiated a peaceful takeover of Old Main. The protest was in fact welcomed by Nickerson who tolerated it until several rowdy students broke into the cafeteria and caused a mess. Nickerson then called the police and the takeover of Old Main promptly ended. On the whole, the protests succeeded in that they were able to stay for the most part peaceful and were a prime example of civil disobedience that would not have been expected in conservative and rural Mankato.

The article was written by Sam Burton.