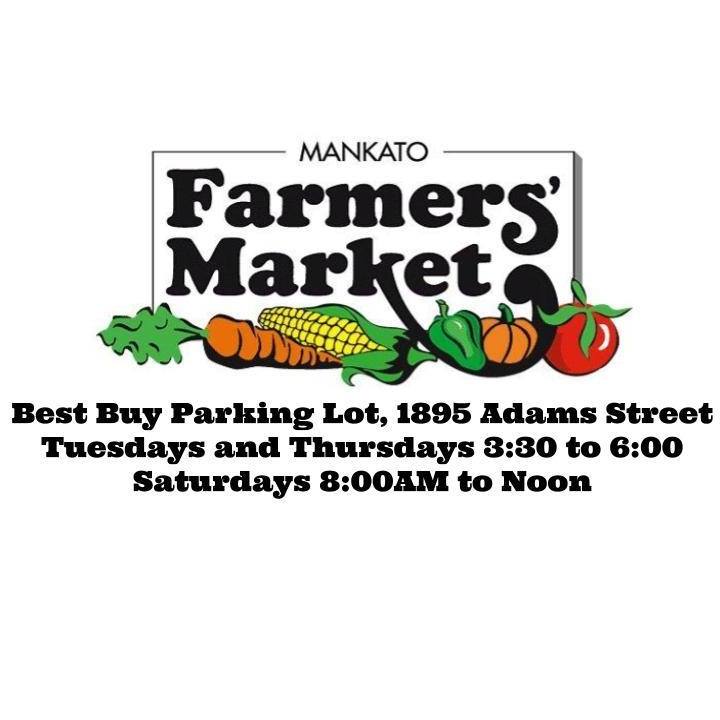 An old-fashioned farmer’s market, sponsored by the Old Town Neighborhood Association, began operation on a Saturday in early July 1976 and continued through the first week of October that year.  Persons interested in buying and selling fresh eggs, vegetables, or other produce stopped by each Saturday from 8 a.m. until noon in the lot next to Fossen’s Cleaners, 507 North Front Street.  Next year on Saturday in early June the experiment was repeated with success.

By 1982, Minnesota state food-handling laws forced the discontinuing of some activities such as homemade Chinese egg rolls and curry dumplings. Rolls and coffee cake.  On 7 June 1986, some of the regular produce sellers in Old Town broke off and formed a new group that began selling in Madison East Mall parking lot.  The closing of Main Street bridge and Second Street seemed to threaten the convenience of Old Town  Farmer’s Market.

But for some years, the Markets were available at both sites, Tuesdays and Saturdays, June through October.

Ed Sorenson of LeSueur said that his stand at Madison East was known as “the miniature United Nations.”  In 1980 Ed had been growing food organically for 20 years on his three-acre garden.  He grew exotic varieties: eggplant, tomatillo tomatoes; Ramboko, silver skin, and elephant garlic.

By 2011 only the  Madison East site for Farmer’s Market remained operating.  They now gather in the parking lot of Best Buy.

Written by a BECHS Volunteer, 2011

More about the Mankato’s Farmer Market.