Winter Sports, Or How To Beat The Cold Weather Blues

Home/1920s history, Mankato History/Winter Sports, Or How To Beat The Cold Weather Blues
Previous Next

Winter Sports, Or How To Beat The Cold Weather Blues 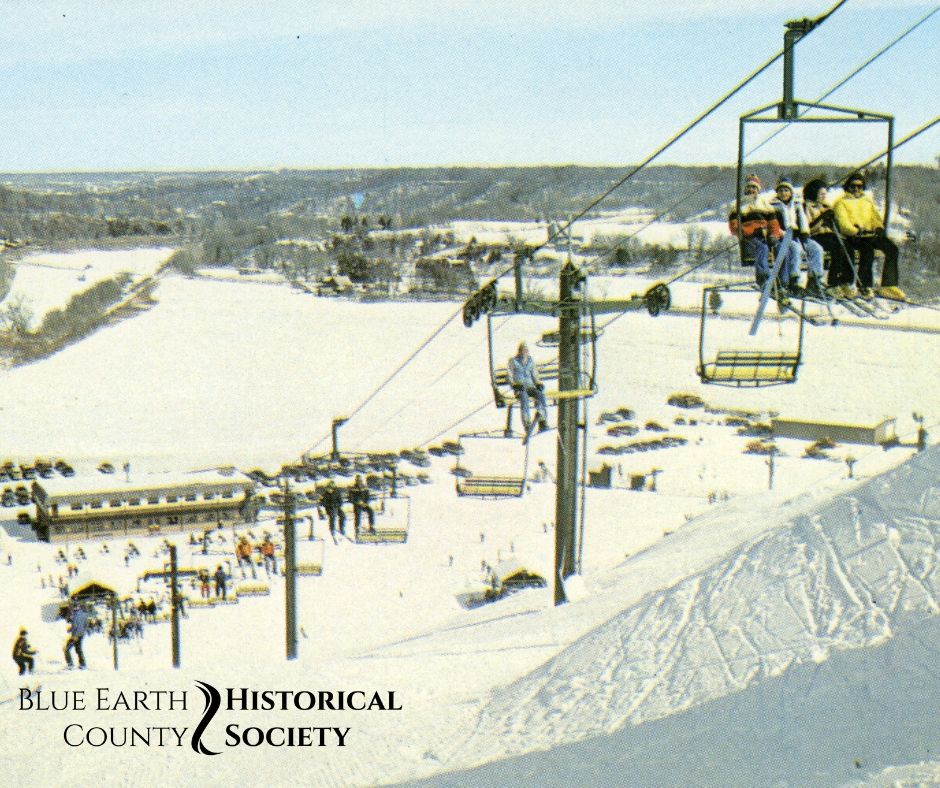 Harvey Andersen, noted Mankato skier, as well as a sportsman in nearly every area of sports, was an early organizer of skiing here.  Mankato might seem as unlikely a place for a major ski hill as an Iowa cornfield.  But Harvey had participated in a Class A ski tournament in January 1927 at Canton, South Dakota, and he likened the event to the activities at the Mankato Winter Carnival, held for several years in the early Twenties.  During the 1920s Mankato’s public skiing slopes were located at Sibley Park mound and the Tinkomville Slide.  The latter located on one of many possible slopes along James Avenue and present Stoltzman Road.

In 1938, Harvey acquired the choice slopes between present Highway 66 and the Indian Lake road for his Ski-haven.  He built a chalet there and soon a very popular winter recreation spot was launched.  But in August 1977, Afton Alps of Hastings, Minnesota, took over and changed the equipment and even the shape of the hill.  They changed the name to Mount Kato.  The expanded facility attracts ski enthusiasts from near and far.

Mankato Skating Club sponsored an Ice Carnival, December 14, 1924, at North Mankato Rink at the foot of Center Street (Note: in those days it was held outdoors!).  A galaxy of stars was imported and the admission was just a quarter.  The Skating Club in 1922 kept up an outdoor rink and associated coat check- and warming-room at the Van Brunt Slough.  Lacking the wherewithal to continue, the Club of 48 members was forced to turn the rink over to the City of Mankato.  This rink has persisted through the years and can still be seen just south of Pleasant Street.  Franklin School provided an unsupervised skating rink which was free for use anytime.

The City of Mankato used to designate hillside sections of Mulberry or Plum Streets in the 1930s as public sledding areas.  Traffic was closed in the winter months for the benefit of young and old sledders.  During the 1910s, when traffic was much lighter on Main Street, it was fashionable to do bobsledding in winter.  Blue Earth County Historical Society has a grand old bobsled which was used to carry eight fun-seeking sledders from the top of Main Street hill nearly as far as the river.