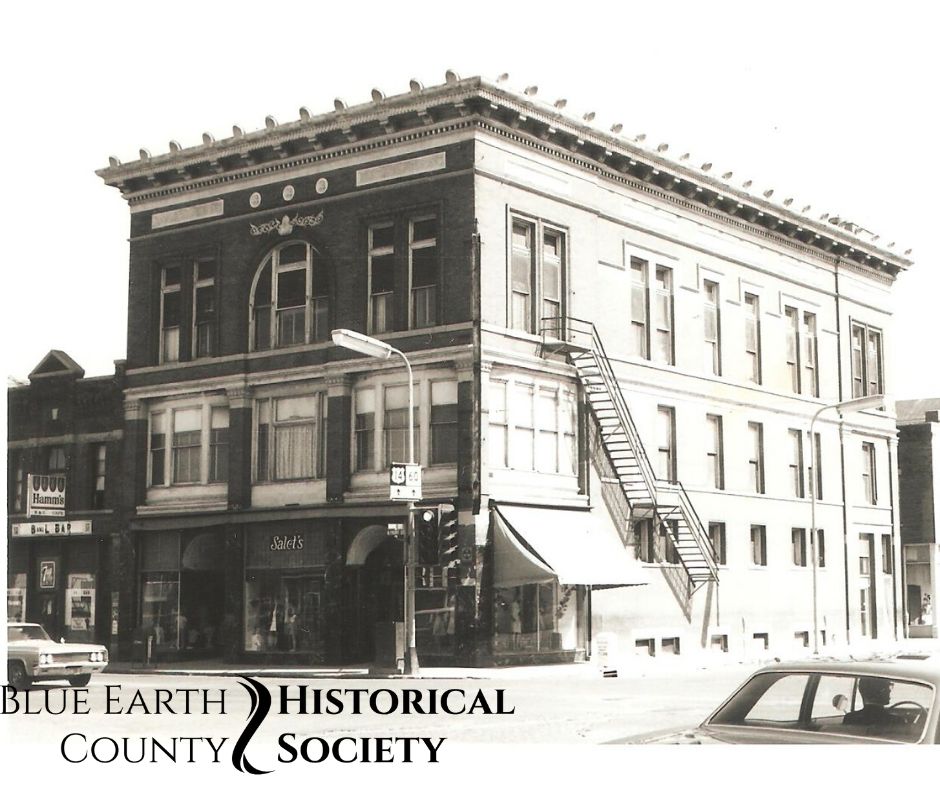 In 1896, Russian immigrant Leon Salet opened a store called L. Salet and Son in Mankato. Salet had come to Minnesota in 1892 with his wife and two sons. Salet sold goods off a horse-drawn cart from farm to farm before opening his store in 1896 on Front Street near its intersection with East Main Street.  In Mankato, he sold only menswear. In 1917, with his son, Louis who had joined the business in 1914, Leon Salet added another store, Salet’s Department Store. The stores were near each other, which made it convenient for customers who wanted to shop at both establishments.

In 1935 Salet’s remodeled their Mankato building. The company installed new display tables and new clothing racks on both floors of the store, and they also updated the lighting in the building. The basement of the store also underwent renovations at this time. It was common for early department stores to have basements where customers could shop.

In 1950 Leon Salet left the company, and Louis Salet became the owner of the store. Continuing the tradition of the store being operated by father and son, Richard Salet had joined the business. Louis and Richard ran the store together until 1963 when Louis died. Richard then managed the store from 1963 until 1973 when the store closed.

Starting in the 1960s, Salet’s began closing its various stores. By 1973, when the Mankato store closed, all of the other stores Salet’s owned had closed. Urban renewal that began in Mankato during the 1970s helped some of the businesses in the downtown area, but not Salet’s. Richard Salet announced in 1973 that the store would not be moving and would close. Many of his employees were retiring and Richard did not want to hire new people. In addition, the building was slated for demolition to make way for the new Veterans Memorial Bridge, and he thought a new building would be too much of an investment for the store. In 1974, a year after the store closed, the building Salet’s had occupied was torn down.