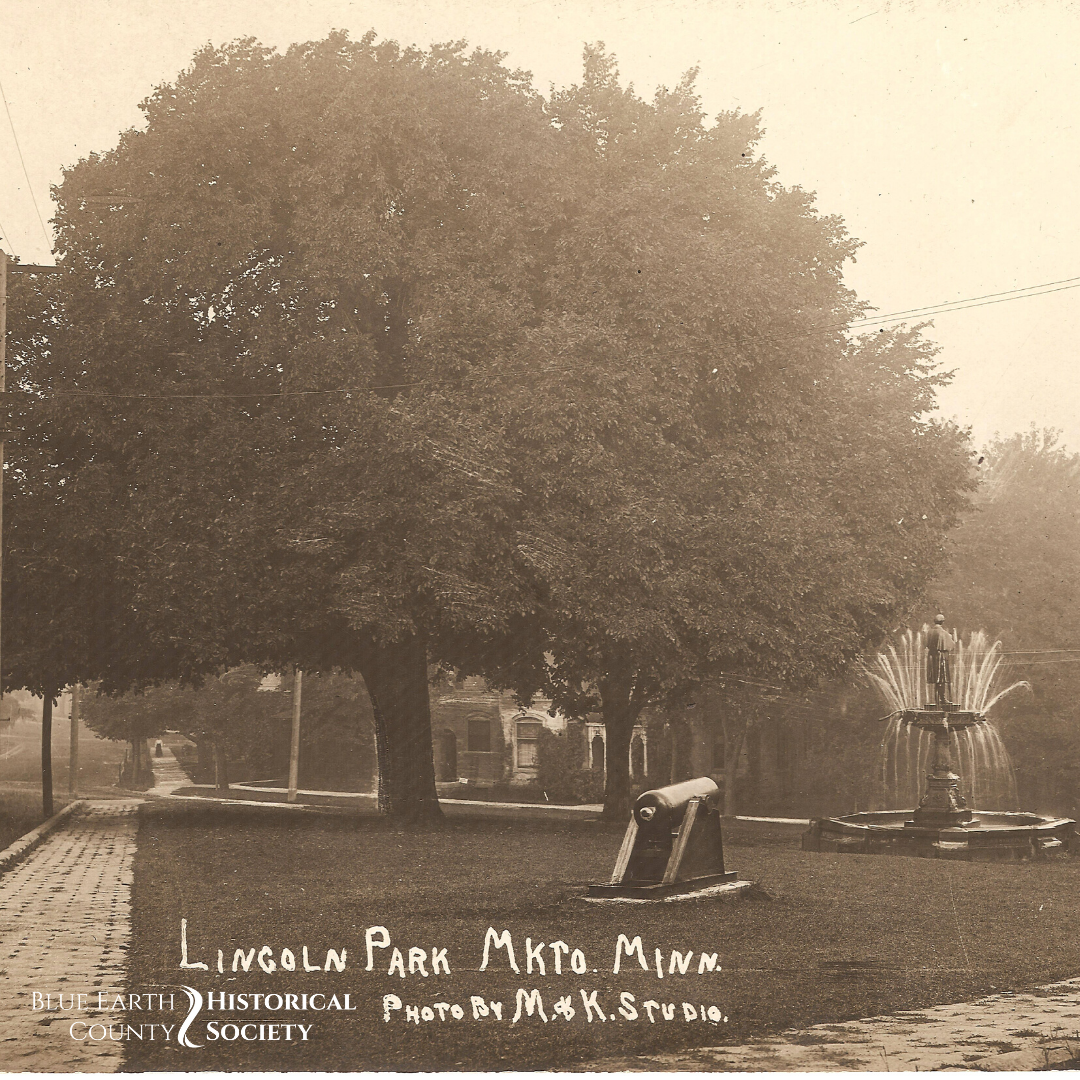 Early in the morning of July 4, 1909, around 12:30 a.m., the city of Mankato was struck by such a forceful explosion that alarmed residents thought they’d been hit by an earthquake. Homes and stores shook on their foundations, windows, and glass lights were shattered.

However, as daylight broke, residents discovered what had really happened. A group of young men had wanted to celebrate the 133rd anniversary of Independence Day early by shooting off the eight-inch Civil War mortar gun in Lincoln Park. Ten young men conspired together but only seven ended up going to the park midnight on July 4.  They used seven charges of gun powder, each weighing 12 to 18 pounds, and wadded up grass, paper, and old flour sacks to put in the muzzle, packing them in with an umbrella. Then they lit a 5-ft fuse and waited for the explosion.

The cannon exploded with such force that the recoil lifted the gun and carriage and pushed them back 17 feet, creating a deep furrow in the ground but amazingly not damaging the cannon.

The pranksters had planned to spend the rest of Independence Day safely away from town, but when they realized how much damage their prank had caused, they confessed what they’d done to their parents and went from house to house in Mankato offering to reimburse residents for any damage. No charges were brought against the boys since they expressed heartfelt remorse over the serious outcome of their prank and said they had just wanted to celebrate the Fourth of July in a new and exciting way.