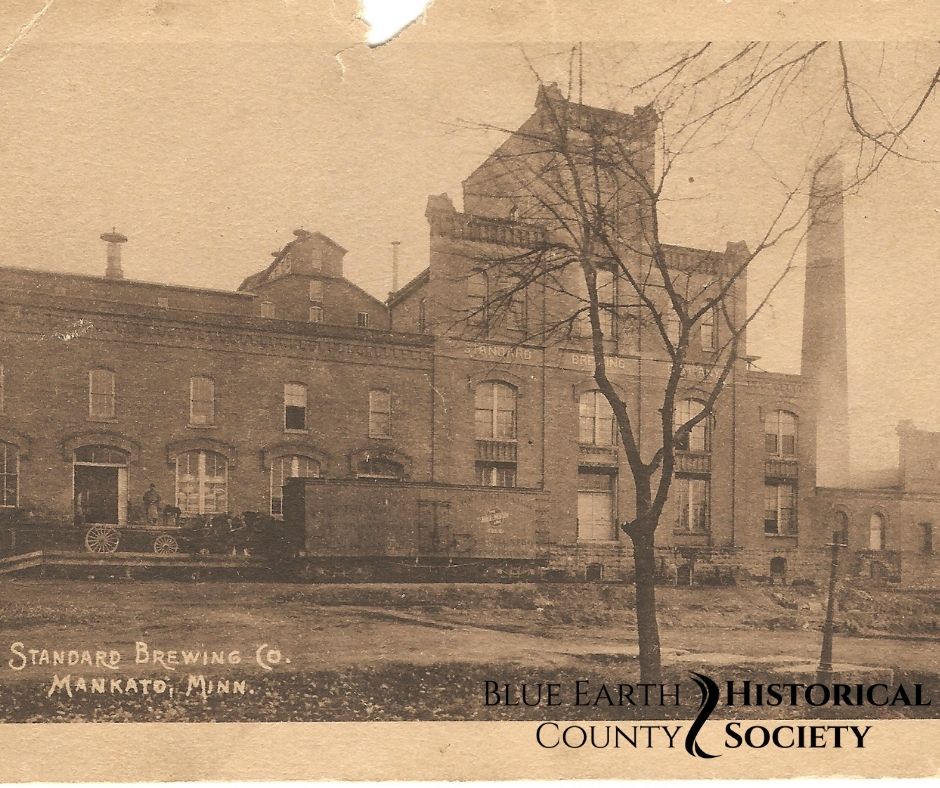 Ibach Brewery was a little-known brewery was once located on James Avenue at the present site of Jefferson School in Mankato.  Joseph Ibach was born on February 17, 1832, in Baden, Germany, one of 12 children.  In 1853 he emigrated to America whereupon he and several companions reached Davenport, Iowa, and Dubuque.  They started up the  Mississippi to St. Paul and while on the way the boat captain offered Joseph a position as a fireman at a salary of $50 a month.  His work thus began on the river and the Great Lakes for five years.  Joseph’s education was limited by the necessity of supporting his widowed mother and his brother in America.

Joseph settled for a time in Preston, Minnesota, where he met his future wife, Margaret Kramer.  They were wed in Preston and six children resulted from this union.  One son, Rudolph, was engaged as an agent for the Mankato firm of Rosenberger and Currier Confectioners.  He preceded Joseph in death.  While in Preston, Joseph entered the brewing business until 1874, then sold it and moved to Mankato.  He purchased the brewery owned by Stephen Lamm and operated it for a year, sold out, and leased the Peter Welsh brewery, located at the crossing of the Blue Earth River in West Mankato for three years.

In 1878 Joseph purchased a brewery located on Fairfield Street in Tinkom’s Addition for Anton Jacoby and operated it for him.  Soon Joseph bought the brewery outright.  Back of the Ibach brewery, in the steep hill, was a man-made cave, lined with brick, and it was used to store the product, beer.  Joseph built his home, a huge mansion which he named “Chateau D’Amour”, across the street from his brewery.  The house had both a magnificent interior décor as well as wonderful architecture without.  The brewery lasted until 1887 when it was destroyed by fire.  On January 28, 1908, Joseph Ibach passed on from La Grippe (influenza) and anemia.  The funeral service was conducted in German and English, and the Twentieth  Century Band rendered several selections.

Learn more about breweries in Mankato.