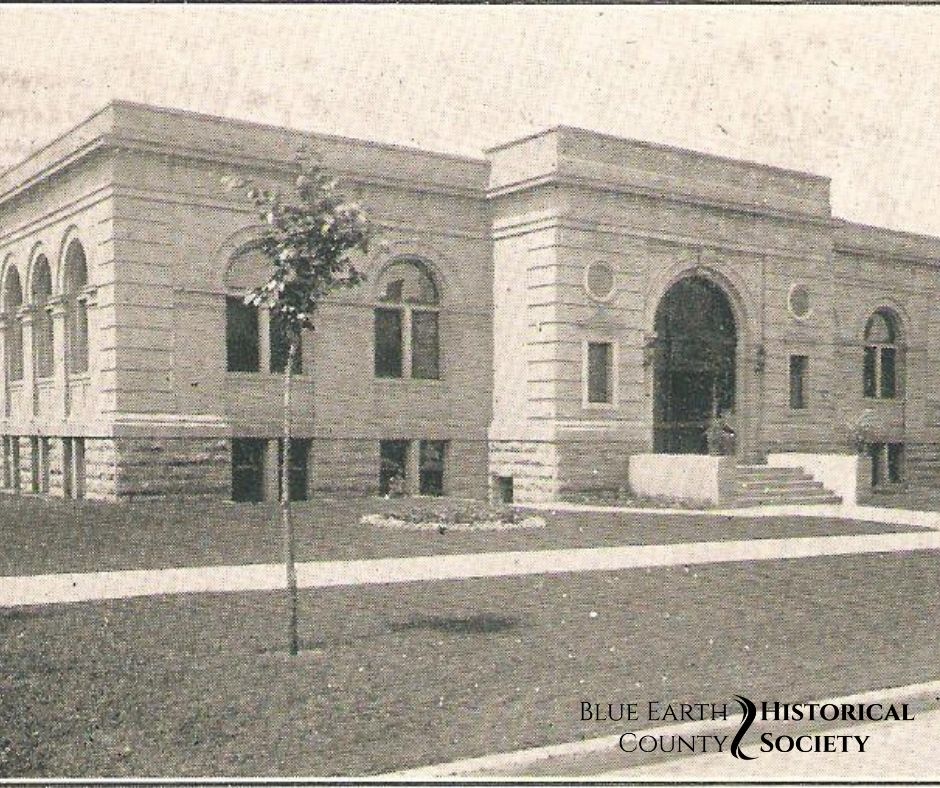 On April 7, 1894, the Mankato City Council unanimously passed a resolution creating a free public library. The new library was originally housed in the YMCA building on South Front Street. In 1901 the library board (created in 1894; its members appointed by Mayor, Ed Weaver) passed a resolution to accept a $40,000 donation from steel industrialist and philanthropist Andrew Carnegie. The city provided a site for the new building at 120 South Front Street, hired the New York City architectural firm Jardine, Kent, and Jardine to design the building and draw up the plans, and contracted with J. B. Nelson and Company to build the structure, with H. McMurtrie supervising the overall project for J. B. Nelson.

The construction on the library building ran smoothly until the afternoon of October 7, 1902. On that day, the north wall, which supported a central steel beam, collapsed, killing one worker and injuring several others. William O’Connell, a former teacher who had a wife and four young children, was the construction worker pinned under the collapsed wall, roof, main beam, and several cross beams. At the time of the accident, he had been putting in the ceiling joists that held the upper floor. Workers who were not seriously injured during the collapse were able to free O’Connell and get him to St. Joseph’s Hospital where he died a few hours later. The attending physician and medical examiner determined that Mr. O’Connell’s death resulted from a ruptured left pulmonary artery caused by a severe blow to the chest.

An October 1902 inquest into the death of William O’Connell was conducted at city hall with county attorney Thomas Wilson directing the proceedings. Six men served as members of the jury. A.E. Clark of Mankato and H.L. Luther of Faribault spoke on behalf of Mrs. O’Connell, the victim’s wife.

Individuals who were stakeholders in the construction of the library, as well as those present at the time of the accident, testified about the events leading up to, during, and following the collapse. After hearing all the testimonies, the jury concluded: “We find that William O’Connell met his death from injuries received by falling material used in the construction of the roof on the library building. We find the cause of the falling roof due to placing the chimney flue too near the steel beam, which gave way.”

Construction continued after the incident and the Mankato Public Library was completed and opened to the public in June of 1903. It served area residents until the mid-1970s when a new library was built on Riverfront Drive and East Main Street. Today the old library building remains in use as the Carnegie Art Center.

Learn more about the building’s current use.