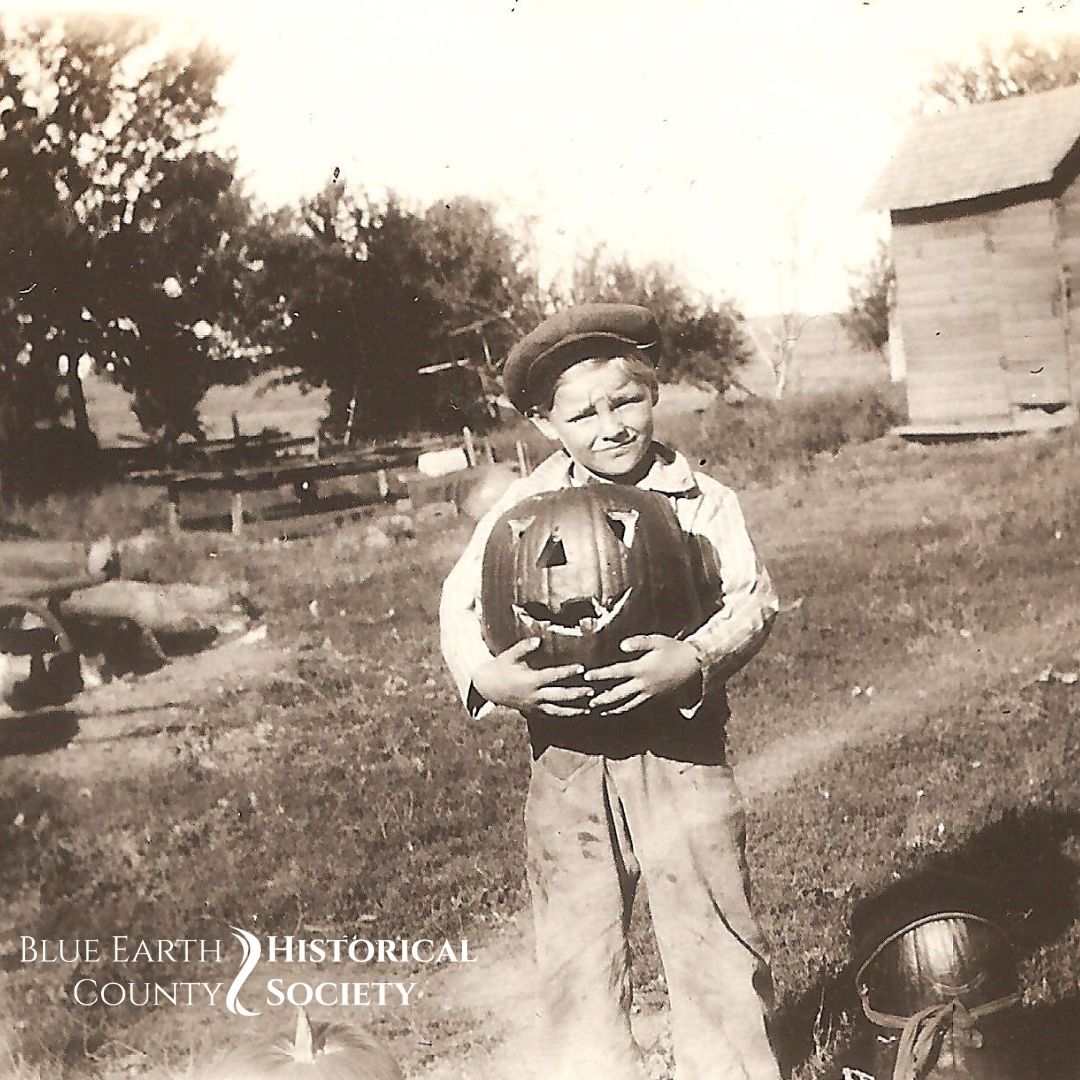 It’s that time of year again. Parents are stocking up on sugary goodies and kids are restless with daydreams of this much-awaited holiday. Although most people find modern Halloween traditions such as these normal, many have yet to realize how much they have changed throughout the years. The norm of donning decadent Halloween costumes and going door to door chanting “Trick or Treat!” was not as socially acceptable one hundred years ago as it is today. Newspaper articles survive from as early as 1899 describing Halloween as it was celebrated in Mankato’s early days.

In the fall of 1899, Mankato police reported: “… boys and girls were out making a din with fish horns, tin pans, etc.” This paints a very different picture of Halloween than the one we celebrate today. Halloween was a night where kids roamed about pulling pranks and making noise. Parties were celebrated, but not widely accepted.

A later newspaper from 1929 remarked that common observances at the time included “…apple ducking and roasting of nuts.” Today many still continue the tradition of bobbing for apples although roasting of nuts appears to be a trend lost in time. Around this period in time, Mankato began to widely accept Halloween celebrations. Parties were held and the pranks continued.

Modern-day trick or treating did not become predominantly practiced until about the mid-1940s. Because so many kids were wild with pranks, neighbors would offer them “treats” so they wouldn’t be tempted to pull “tricks” on the person’s property. Although this helped calm down tricksters in many cases, the night still resulted in a few altercations. That year a few notable cases included a tripwire set on a sidewalk, a few tipped over outhouses, and some switched around street signs.

To keep kids out of trouble, the district organized activities like school parties. In 1969 school-sponsored events were held throughout Mankato at various school gymnasiums. A high school dance was held at Mankato West that included games and prizes. Most notable of the prizes were the day’s top records.

Today Halloween remains a highly popular and anticipated occasion in Mankato. Not only does examining its part in Mankato’s history give us a glimpse into Mankato’s unique past, but it also provides an interesting narrative into our early culture.