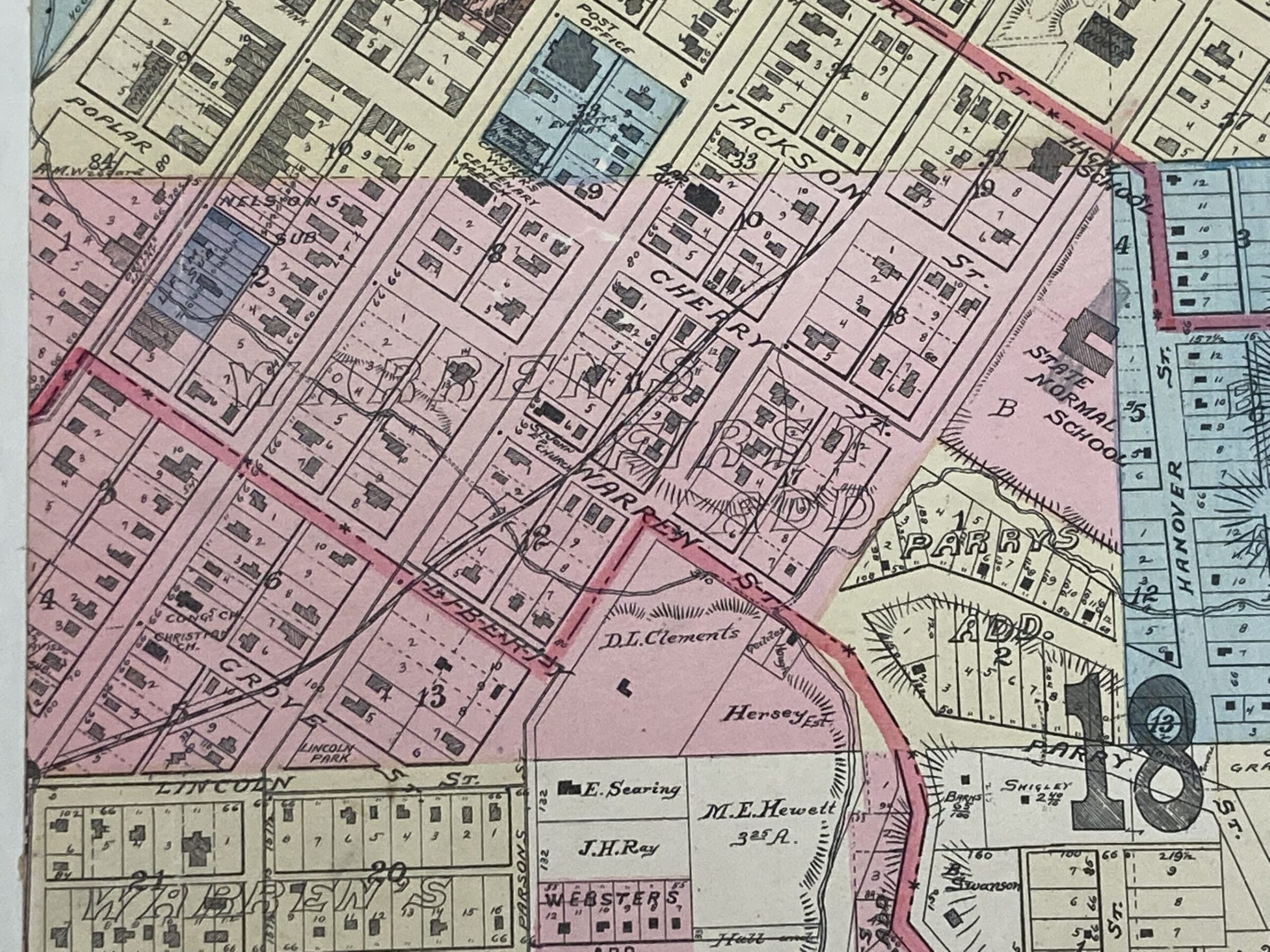 Warren Creek. Warren Addition.  Those were familiar names in Mankato in the 1850s.  Today it is the name Warren Street that is familiar to many.  All owe their designation to early settler Thomas Dustin Warren.

Warren arrived in Mankato, along with another early settler, George Van Brunt, in 1853.   Already nearly 40 years of age, Warren had seen a lot of this new country.  Born in Ludlow, Vermont in 1814, the family made several moves, eventually settling in Geneva Lake, Wisconsin.  Warren took off for the California gold fields in 1849, returning across the isthmus and up the Atlantic Coast to New York City.  By 1852 he was in Dubuque, Iowa, buying general merchandise which he transported by boat to St. Paul, and on to the new settlement of Mankato, perhaps attracted to the new settlement by his brother-in-law, William Paddock, who had visited the area in 1852.  Arriving in Mankato by June 1, 1853, his wife, Emily Paddock Warren, and children came on June 12, traveling with the Van Bunt family on the boat Clarion.

Warren opened a trading post along the river, trading principally with the natives.  The first house he built proved too cold for the winter.  The family moved into the Mankato House, which was newly built but not yet completely finished.  Thus he built another house for his family,  which his daughter, Mary Pitcher, remembered being on North Front Street.  However other accounts speak of his home on the curve of South Front Street, which would have been in land he had claimed.  Warren shortly sold his stock and trading post to Robert Wardlaw and he concentrated on real estate.  He had claimed 120 acres of prime land for the growing town, laid out in three additions.  Most of it was south of Cherry Street.  His claim precipitated the first lawsuit in Blue Earth County when Henry Jackson, one of the first settlers, sued Warren for “jumping his land.”  The suit was never tried since there were no lawyers in the town.   September 12, 1853, here less than a year, Warren was appointed the first Justice of the Peace in the area.

In a remembrance of Thomas Warren by his nephew Harry Paddock, Warren became a frontier hero, remembered as “large and muscular of body, outspoken in speech, fearless, yet generous.  He was a fine specimen of American frontiersman.”  The incident that has been repeated in several tributes to the man, with the details not always agreeing, concerned Warren’s encounter with Chief Sintomniduta.  In the fall of 1853, Warren received some wild rice from him as security for $25.00 of goods.  The Chief was to pay him either when he had sold some furs or when he received a government annuity, depending on whose remembrance is read.  Either way, the bill was not paid.  By February the Chief needed the rice.  When Warren would not give it to him, he threatened the merchant with a bread knife that had been lying on the table.  Warren wrestled the knife away from him but proposed a trade, the rice for the Chief’s rifle and $5.00.  Not willing to make the trade, the Chief gathered about twenty-five braves, or forty men depending on whose account is read, all armed and in war paint.  Warren, seeing the chief among the warriors holding a rifle, walked up to Sintomniduta and again offered to make a trade.  The chief gave him the rifle, the warriors left, and the rice was returned along with the $5.00 promised.  The chief’s response was that Warren had a brave heart. Some of the early historians claim that Warren saved Mankato from a bloody attack.

Thomas Warren passed away in May 1879, having spent over 25 years helping to build the City of Mankato.

Warren Street, which ran through Warren’s additions, originally began at 2nd Street, zig-zagging to Broad Street, and straight up the hill.  Today it ends at Highland, begins again west of Highland Park, and runs south.  Although it was proposed in 1871 that the street be extended to Front Street, the additional blocks were not constructed until 1974 when Warren Street was extended from Broad Street to Front Street.