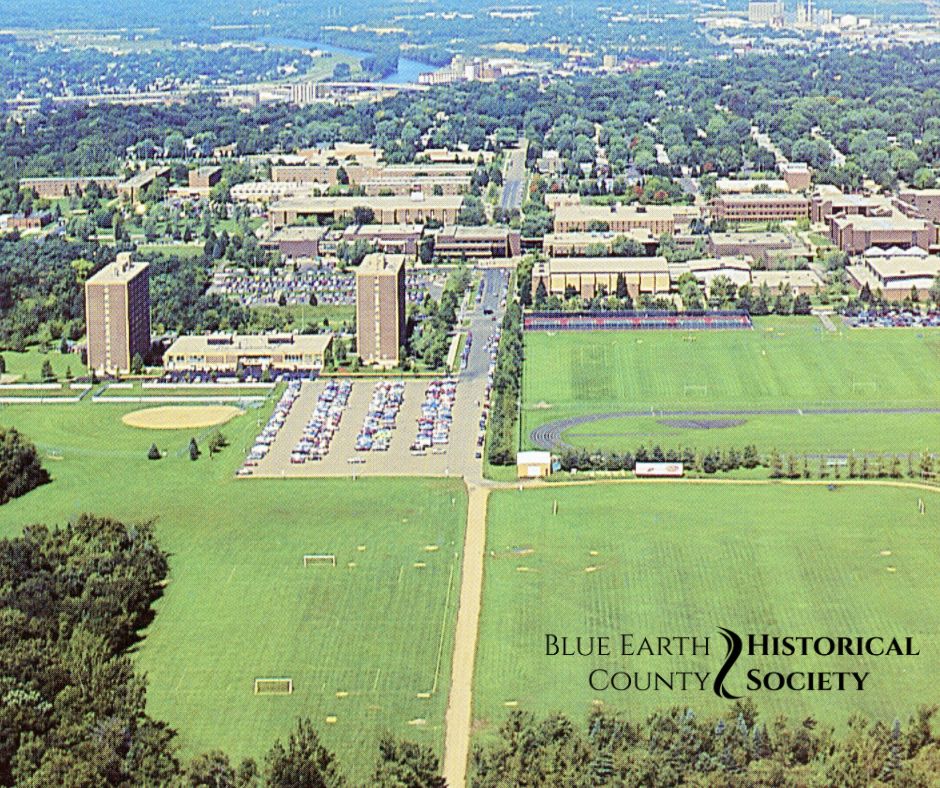 The first thing I noticed when I first visited Minnesota State University was the two towers, Gage dormitory.  Gage was a place that always had students coming and going.  Many MSU students have called Gage home the past 47 years it was in use.  However, now the Gage two towers are ghost towers.  No longer buzzing with the energy from its occupants and now waiting for the day that it is imploded.  Gage has been the setting for many memorable stories and taking a look at its past is a good way to see how it came to be such a memorable place.

Gage dormitory was named after George M. Gage.  Gage was the first president of the Mankato Normal School.  He was elected to this position in 1868.  Gage later served as president of the State Normal Board.

The dormitory construction began in 1964 and was completed for the 1965-66 school year.  The dormitory was built in a contemporary style and also used fire-retardant construction.  Gage would need more work done as the years went on.  In 1980 the exterior bricks were separating from the dormitory which seemed small to the potential of a fire hazard.

Even with the fire retardant construction, there was still concern about Gage.  One major concern was that the aerial ladders used in 1987 would not reach beyond the sixth or seventh level.  The fire marshal ordered that a sprinkling system be installed by the fall term in 1988.  Other steps were taken to ensure safety in the instance of a fire such as installing smoke detectors in every room and enhanced fire-resistant inner doors.

Besides updating safety codes, Gage also made renovations to improve student life in the dormitory.  The addition of a computer room with 16 terminals and a library/study room also helped promote a study-friendly environment.  Two fitness rooms were also added.  In one room there was a universal gym with exercise bikes and rowing machines.  The other room had more equipment but also space for aerobics.

To me, Gage was a place where I met many friends and made many memories.  Seeing how Gage has changed over the years gives me an appreciation to what an amazing place it was.  Even when the dust settles from the implosion and Gage stands no more.  The stories will live on.