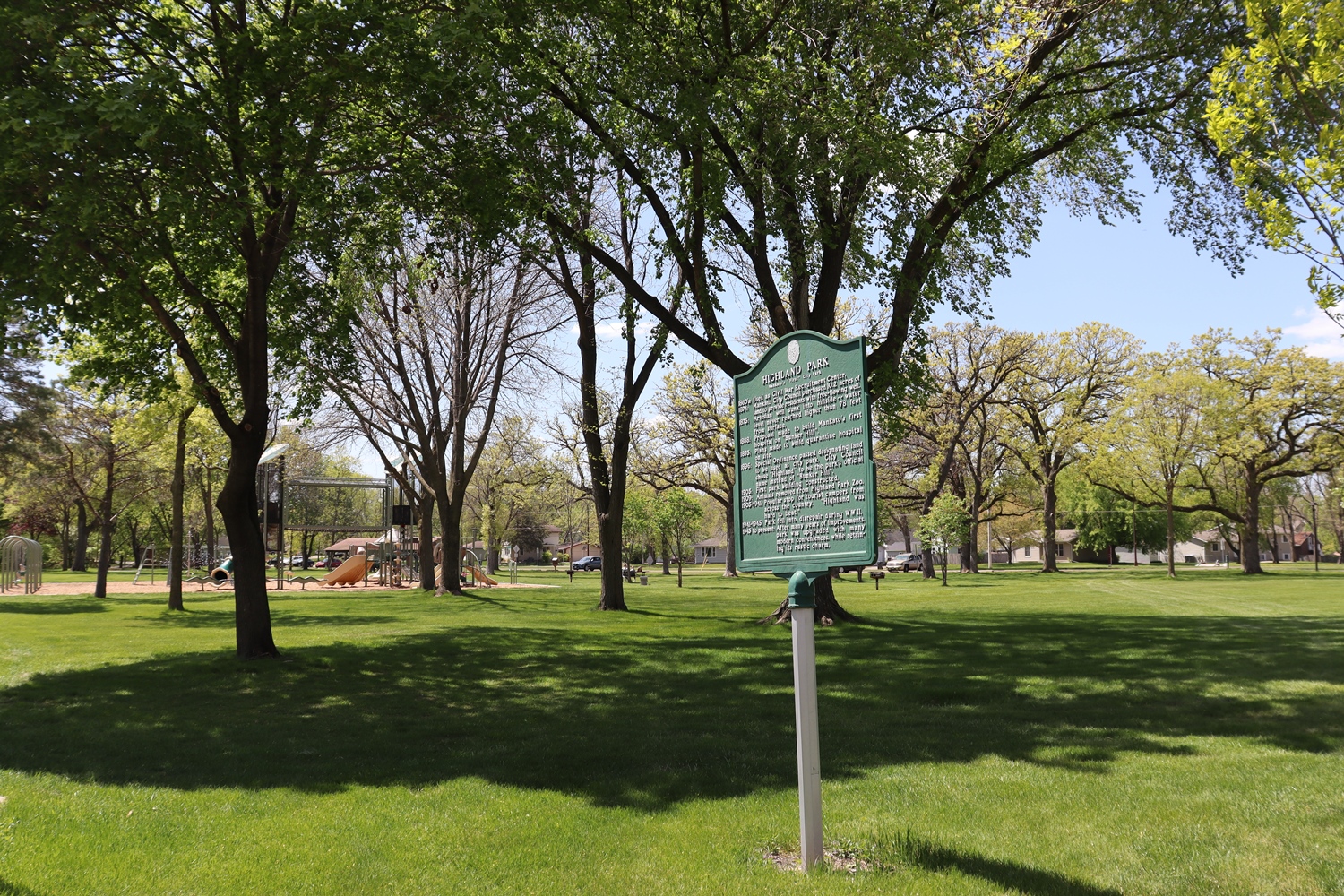 Highland Park has a long history in Mankato. In October 1874, the Mankato City Council bought 10.3 acres of land, four acres in a ravine, for $150/acre, in the hope of drilling an artesian well for water for those living in the area then known as Bunker Hill.  The area had been used as a recruiting center during the Civil War.  The following year the artesian well was sunk, but the water never reached high enough to be of use.  Therefore the land was rented as a cow pasture.   A proposal was put forward in 1882 to build the first hospital on the site.  In the early 1890s, a pest or quarantine hospital was built.  However, it was only used by one patient, with scarlet fever.

By 1886 the idea of making the area a park was offered.  Highland Park was chosen as its official name.  The first park building was constructed in 1904 or 1905.  The amenities included two swings, six tables and benches, and a park kitchen with a concrete floor, a good range, a supply of wood, and a tea kettle. The park also contained a small zoo of about five cages, with at least one wolf.  It was remembered that there may have been raccoons, groundhogs, and pheasants.  All the animals were removed by1909.

Beginning in the 1920s, the small park became a popular trailer and tent park for travelers because there was grass and trees.  In 1938 115 cars used the park for camping.  The first three days of residence were free.  The charge was 50 cents a day after that.  In 1942 the average stay was three weeks.  The park made the news in 1927 when a 4-year-old boy born at the park returned for a visit.

There was much less camping during the war, and the park fell into disrepair.  In 1946 ten one-room cabins were built for returning vets and their families.  Each cabin was 14 by 24 feet, unfurnished, and rented for $27.50/month.  Hot water and showers were available in the park community building.  June 1946, the Free Press paper noted that there were sixteen children among the cabins, the oldest being eight years old.

Today the park is a shady playground and picnic area.  Much of this history of the park is included on the park sign.