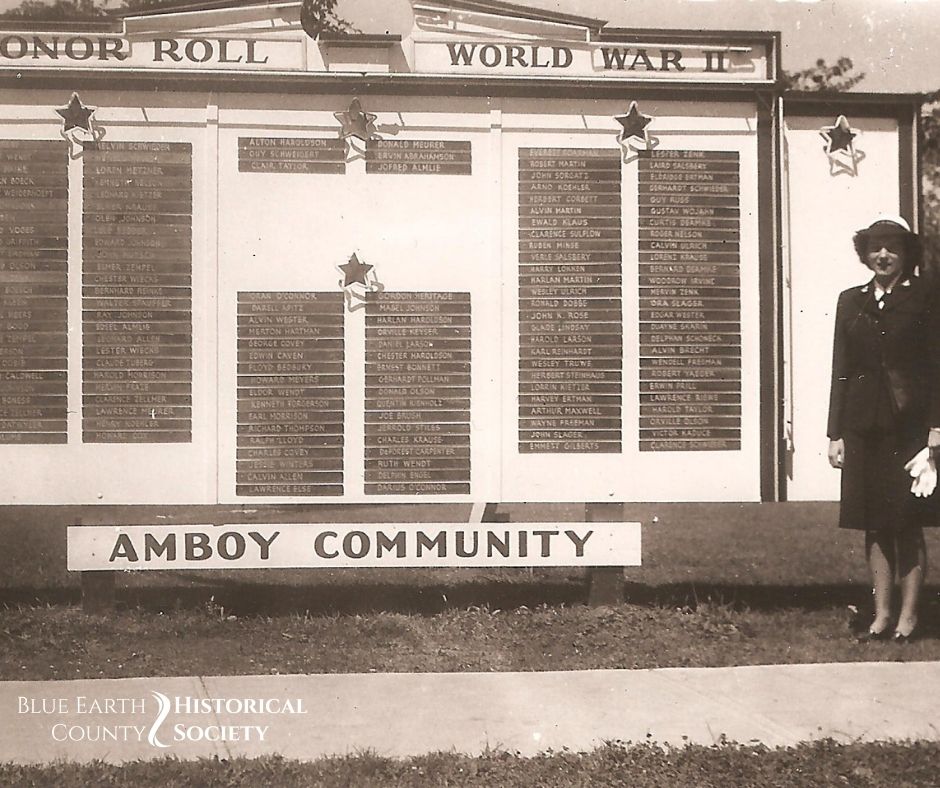 When the Japanese bombed Pearl Harbor on December 7, 1941, the United States was plunged into World War II. For the next three years, America sent troops everywhere from Japan to Germany to Australia, fighting battles on all fronts until the final surrender documents were signed by the Axis powers on September 2, 1945. During this time, filled with sacrifice and bravery, Americans found countless ways to serve their country—and it wasn’t just the men. American women did everything from joining the military to construct aircraft carriers to volunteer with the Red Cross and more.

One way that women served in the military was by joining the Army Nurse Corps, which is one of the six branches that make up the Army Medical Department. Established in 1901, the Army Nurse Corps saw nearly 60,000 women join its ranks during World War II, serving everywhere from the United States to Europe to Japan to Australia. Hazel Hess (nee Oftedahl), Pemberton resident, trained to be a nurse at St. Mary’s Hospital in Rochester. She enlisted in the Army Nurse Corps in 1942 and served for 44 months in Australia, New Guinea, and the Philippines. When she was discharged in 1945, she held the rank of Captain. Hess received the Asiatic-Pacific ribbon with one Battle Star and a Unit Citation for her service.

As thousands of men left the workforce to serve in the military, women stepped up to keep factories running. For the first time in the country’s history, women were encouraged by the government to leave their homes for full-time jobs, doing everything from assembling warships to working in munition factories. Women in Blue Earth County were among the hundreds of thousands who stepped up to take on even more responsibilities during the war. About 160 women went to work at the Automatic Electric Manufacturing Company, a Mankato defense plant founded in 1918 that started manufacturing war supplies in 1942. Most of its work was focused on manufacturing relays for transmitters, receivers, and tuning devices used in landing craft and airplane radios, but company workers also produced time control devices and reverse current cutouts for electric light generators. In 1945, the company was presented with the Navy “E” flag by then-Secretary of the Navy James V. Forrestal. This flag was awarded to only a few defense plants every month during the war for “outstanding production of war materials” and was based on a list of more than 40 stiff requirements. The company was then able to fly the Navy “E” flag at its building.  “[This award] shows that employers, employees, and the army and navy officials have worked together most successfully,” said Rex Hill, then-president of the Mankato Chamber of Commerce. “This firm is to be especially commended on its winning this award because it means they have made a distinct contribution toward the winning of the war through the high quality of the products they have manufactured, and the speed with which they have produced them.”

For the five years that Americans were actively involved in World War II, women played a vital role in the war effort. Whether they were serving in the armed forces, volunteering with support organizations such as the Red Cross, producing war supplies in thousands of factories, growing victory gardens or collecting scrap metal, every woman contributed to the eventual Allied victory. President Franklin Delano Roosevelt addressed women’s wartime contributions when he said, “They have given their sons to the military services. They have stoked the furnaces and hurried the factory wheels. They have made the planes and welded the tanks, riveted the ships, and rolled the shells.” Every woman sacrificed, every woman struggled, every woman served—and every woman deserves our thanks and remembrance.