A Brief History of the Rails in Blue Earth County

A Brief History of the Rails in Blue Earth County 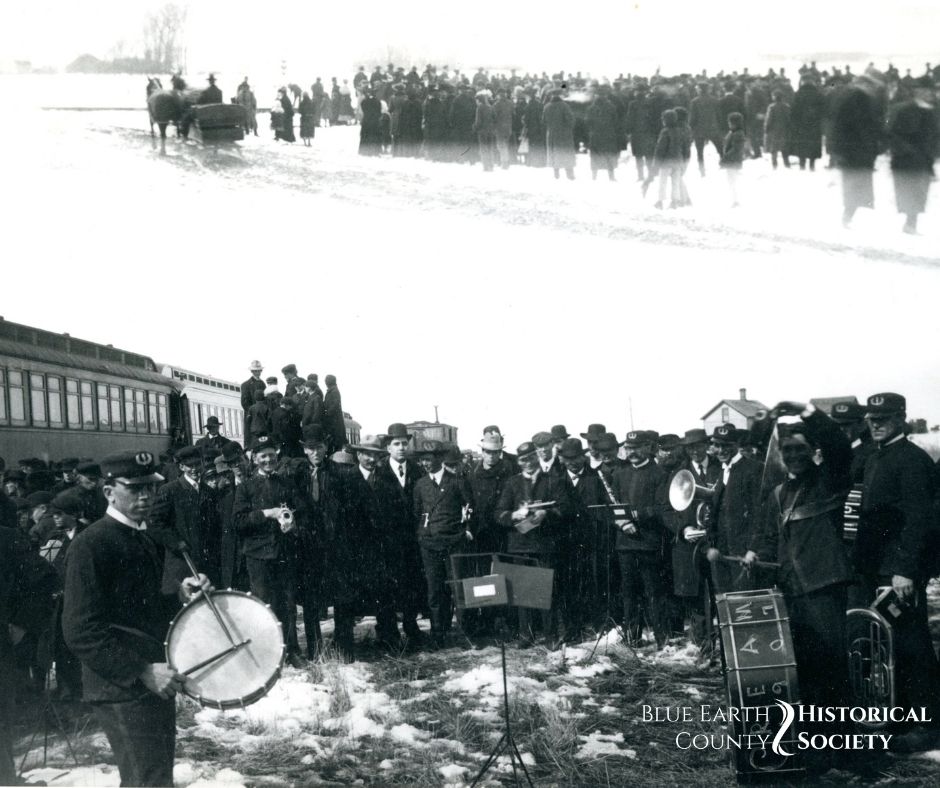 The history of railroads in Blue Earth County has a long past. The town was founded in 1852 and the first railroad came 16 years later. The need for a railroad arose as the city began to expand and its industry began to blossom, mainly agriculture and manufacturing. With the excess of resources and the need for trade, a railroad seemed the best option. Unlike other cities, however, Mankato also had steamboat transportation along with its trains. Steamboats were effective but trains were faster. The city decided that the addition of train tracks to the town would be a necessary and rewarding expenditure. The end result being the easier transportation of resources as well as people.

An old Mankato newspaper article described the work to create the railroads as long and difficult. Workers could work on average 12 hours in the railroad’s infancy. The city had raised $15,000 for this first railroad construction. Because of this, everyone was eager for its completion. Finally, in 1868, it was finished and the people of Mankato had a large celebration. After that, seven rail lines in total were constructed through Mankato.

Trains provided a luxurious and speedy means of transport for those wealthy enough to enjoy it. One train was remembered for taking passengers on weekend excursions from Mankato to Madison Lake. The quarters were described as chic and elegant. At the Train Depot (that is still located downtown) there existed two separate waiting rooms for males and females. This was considered the norm in those times.

Although a quick and effective way of transportation, the introduction of railroads did not come without burden. From 1885 to 1889 there were 671 railroad crossing accidents. As awareness and extra safety precautions advanced this number disbanded. However, some citizens were still concerned about its proximity to local school children. Despite these concerns, trains continued to grow in popularity until 1930 with the popularization of the automobile. In 1930 railroad lines declined by 50%.

Today one distinct track is wedged between lower Mankato and the Minnesota River. The depot still stands tall with its red brick exterior and green framed windows. Although trains cease to be a vital means of transportation- they remain a fun and intriguing piece of Mankato’s past.