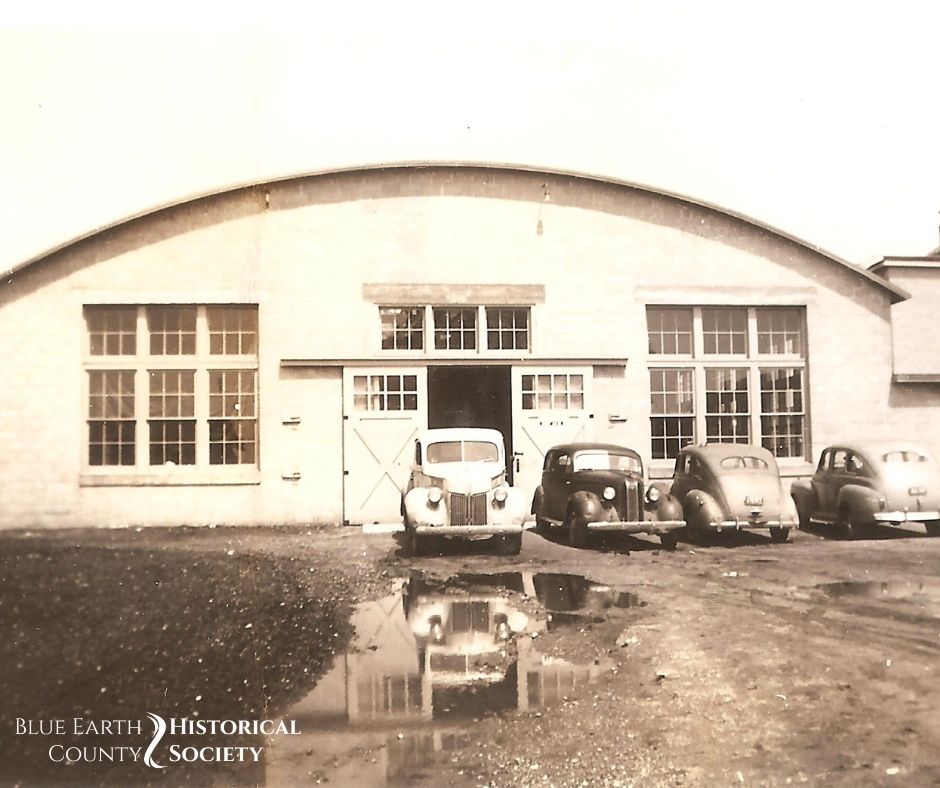 Blue Earth County used to have a plant that can make paper, rot-resistant rope, lotions, food, and even fuel for a vehicle during the 1930s and 1940s.  The plant I’m talking about is hemp.  Hemp has been around throughout history.  The Declaration of Independence was written on hemp paper.  Hemp paper acid-free can last a millennium, while wood paper lasts for around 25-100 years.  But hemp has gotten a bad name because of its cousin marijuana.  In fact, other than a few similarities hemp and marijuana are two different plants.   It is nearly impossible to get the “high” that marijuana gives and the chemical THC is less than 1 percent in hemp.  That means you would have to smoke so much hemp in a small window of time just to get a little of the “high.”  The hemp industry is one that showed promise during the first part of the 20th century.

Blue Earth County’s hemp industry began in the 1930s.  When a new machine, the Selvig Decorticator, was perfected and it revolutionized the hemp industry.  The Selvig decorticator was capable of decorticating approximately 30 tons of hemp daily, compared to 5-10 tons with the old machine.  Also, the cost to operate the Selvig decorticator was about one-tenth of the old machines.  There were demonstrations of the new machine during this time to convince farmers to commit some of their land to this new cash crop.  And in Blue Earth County there was good support for hemp.  Prominent members of the community also joined such as S.B. Wilson, former Supreme Court chief justice, who contracted more than 100 acres of his farm for hemp.  Hemp was also a good alternative crop for farmers during this time because of the droughts the area was experiencing.  Hemp has a long taproot so droughts have little effect on the plants.  Also, hemp is a fast-growing plant, could be harvested faster than other crops and it also could be used to eliminate weeds.

Then World War 2 began and the whole country was working to help support the war effort.  The hemp industry was also doing its part in Blue Earth County.  During 1943-44 Hemp Industries, a government operation helped grow hemp in the area.  The hemp processing factory was in Mapleton.  And the county produced 2 crops of hemp during this time.

After the war, the stigma between hemp and marijuana continued and all research on hemp was discontinued.  Then in the ’80s, new technology was helping hemp become a viable industry again when it came to rope.  Today hemp can be found in many different products.

Hemp is truly nature’s wonder plant and it has been used throughout history.  Henry Ford even created a car that was manufactured out of hemp and even ran on hemp fuel.  Blue Earth County was once part of the revolutionary hemp industry.