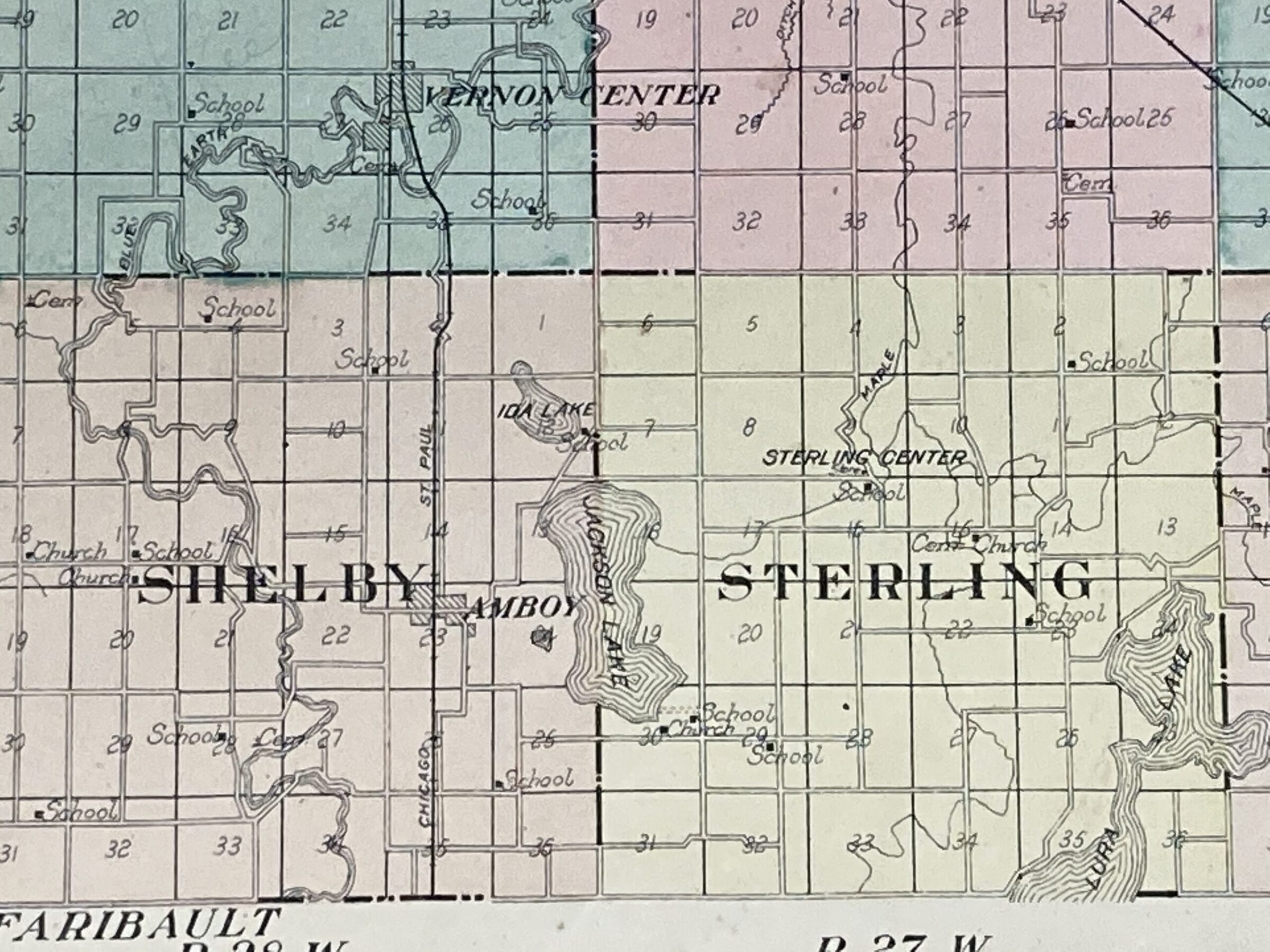 Like much of Minnesota and its 10,000 lakes, Blue Earth County has been blessed with many bodies of water that serve as ample playgrounds for boating and water sports in the summer as well as hunting in the fall.  Until about 100 years ago, it had another that has been—quite literally—wiped off the map.

Jackson Lake, located east of Amboy in Sterling and Shelby townships, had been a popular spot for hunting, fishing, and boating since settlement began in the mid 19th century.  In fact, it had even become a popular resort spot and camping destination.  Measuring about 2.5 miles from north to south and a quarter-mile wide, its most unpredictable characteristic, it seemed, was its depth.

Because it was surrounded by a combination of marshland and farmland, a natural fight developed between those who wanted its waters raised to create a more consistent level for water sports and those who wanted it drained for better crop management.  In the winter, it was said, farmers often cut from the ice trapped and frozen carp and buffalo fish that were then chopped up and fed to fowl and hogs.

In 1909, Thone A. Stenberg, who owned 100 acres of lowlands adjacent to Jackson Lake, brought legal action against Aug. Wendt and W. Tippler to halt their efforts to dam the water’s outlet and raise the level 18 inches.  Stenberg contended to do so would flood his land.  District Judge Quinn heard the case, considered a petition by several in the vicinity who were against lowering of the lake level but ruled against them.

While a dam was built almost immediately, efforts to circumvent this action never ceased.  In fact, the January 27, 1911, Mankato Free Press reports that Peder D. Pederson and others had filed a petition with the Clerk of Court to construct a county ditch, three to five miles in length, alongside Jackson Lake.  The goal was to drain the lake water into the nearby Maple River and reclaim the land for farmland.

In October of 1913, G. E. Gilbertson was awarded the contract to do so for $17,150.  Judicial Ditch No. 3, also known as the Jackson Lake Ditch, was dug and Jackson Lake drained, reclaiming somewhere between 1,200 and 1,600 acres of Southern Minnesota farmland. Jackson Lake was drained in 1915.