The History of Vernon Center

The History of Vernon Center 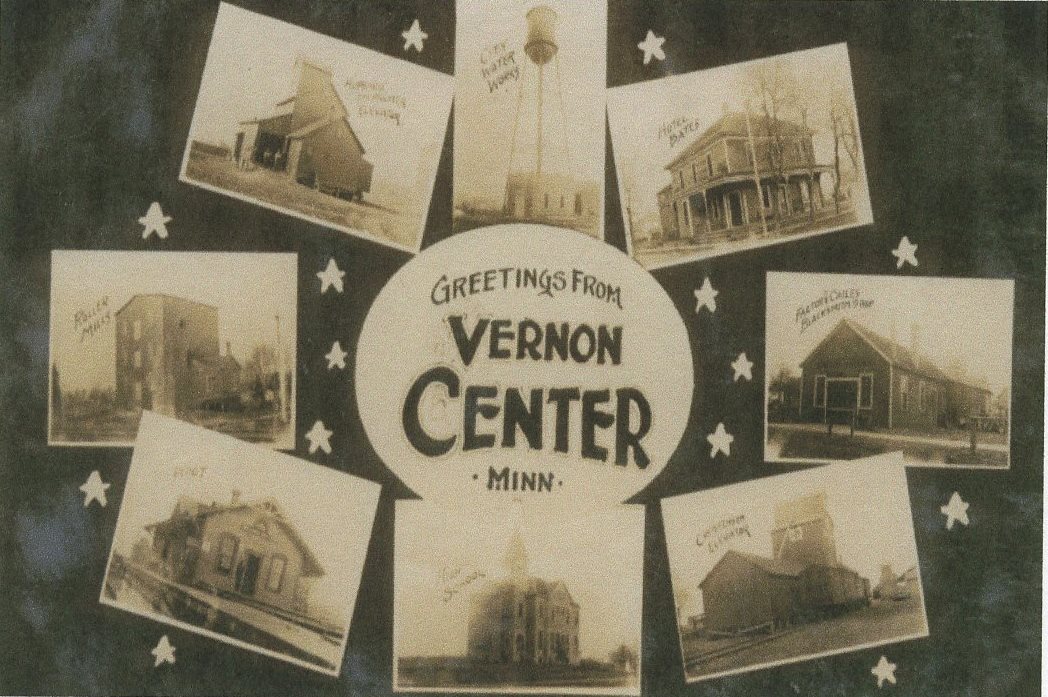 The history of Vernon Center, Minnesota goes back to the spring of 1855 when Israel Wing first settled in the Vernon Center area. Two seasons later, a townsite company formed at Mount Vernon, Ohio, called the “Blue Earth Company.” Its two most active members, Colonel Benjamin Smith and Benjamin McCracken spearheaded the surveying and early settlement of the village. Smith came with machinery for a sawmill which functioned until the Dakota Conflict of 1862 ended it. In 1867, G.W. Doty built a new grist mill on the site of the old Smith-Haynes sawmill. In 1858, Colonel Smith put up, from the first lumber sawed, a fair-sized hotel. A stockade was made from 8-inch lumber sawed locally; this served as a refuge during the Indian scare.

When the “Omaha” railway came through in 1879, it passed a half-mile east of town. So, a new townsite was laid out, to be called Vernon Center. For several years a lively rivalry between the two Vernons existed. Gradually, all businesses, churches and the school were moved up the hill. A post office opened in 1859 and the first medical doctor, Oliver H. McMichael, came in 1871, making his rounds first on foot and later horseback. The first school was built in 1859 but burned in 1883. A new, two-room schoolhouse was soon built. In 1902, a brick building of four rooms, at a cost of about $18,000 was erected.

Vernon Center flourished with numerous local businesses by the turn of the century. The farm of Bert Hanson, a half-mile to the north, was chosen as one of the sites for the 1942 Cornhusking contest. Thirty years later, in 1972, this was the site of the 19th World Plowing contest, as part of Farmfest U.S.A. A cairn of peace commemorated the event. Great promise for the village emerged in the 1970s and 1980s: KRP Distributing Company provided 28 flavors of soft drinks, Bill and Mariana Macemon opened the Collection Box, and the Sportsmen’s Club sponsored its annual “Turtle Feed.” 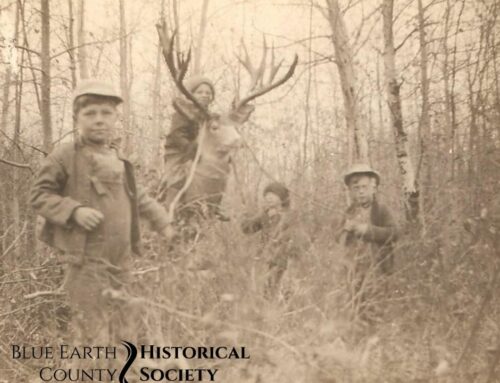