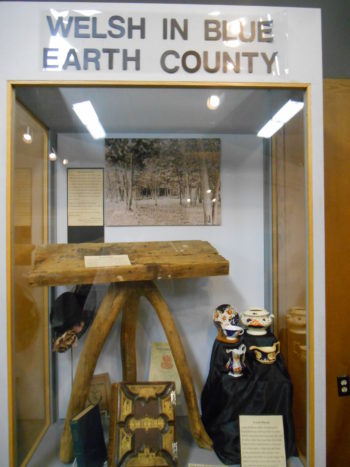 The annual Eisteddfod is a time of reflection on a unique cultural heritage that has seen continuity despite integration into American life. However, this festival would be meaningless if not for the people that have continued this tradition and have annually kept their historical background alive. It is important to reflect on the Welsh immigrants and successors who have allowed this unique festival to continue and their historical memory to survive.

Since its foundation, Eisteddfod has been a profound method for keeping Welsh cultural identity alive. Eisteddfod’s beginning harkens back to the medieval period and the first festivals were gatherings of various poets, bards, and musicians. Although the tradition fell out of favor a few centuries later, at the end of the 18th century, Welsh culture began to experience a revival. Indeed, even when Welsh migrants flocked to Blue Earth County in the middle of the 19th century, Eisteddfod and various Welsh hymns in the local churches allowed Welsh culture to survive. This phenomenon is particularly remarkable given that many of the descendants of the Welsh immigrants have integrated into American life and few are able to speak welsh anymore. Indeed, the annual poems and crowd-drawing celebrations in the small town of Cambria attest to the influence Welsh culture has in Blue Earth County.  The rich tradition of the Eisteddfod in Blue Earth County is exemplified by the 1904 annual gathering held in Mankato at the opera house.  Prof. John H. Williams of Milwaukee was invited as the adjudicator of the music.

Activities have differed from year to year. Events such as wine tasting, fancy cake auctions, food, and fireworks are but a few of the different activities that have taken place. Despite these various events, Welsh poetry has always been an integral part of Eisteddfods.