A Civil War Soldier’s Letters To His Dearest

A Civil War Soldier’s Letters To His Dearest 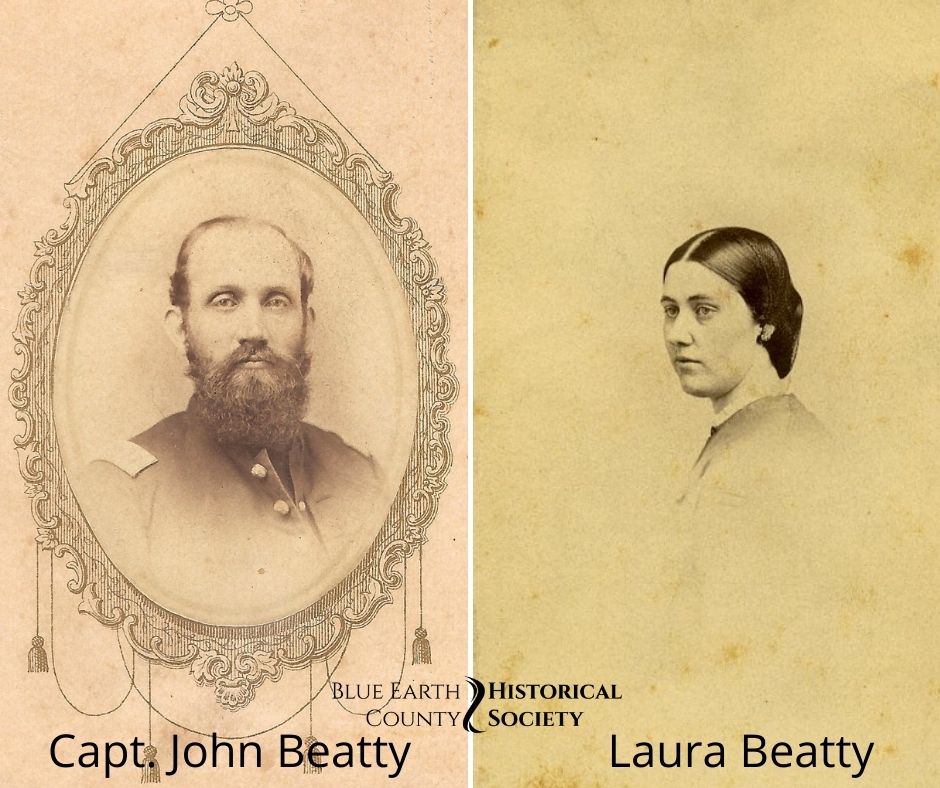 In June 1861, two months after the American Civil War began, Mankatoan John R. Beatty enlisted in the 2nd Minnesota Volunteer Infantry. Beatty was born on November 5, 1831, in Loyalhanna Township, Westmoreland County, Pennsylvania. Beatty came to Minnesota in 1857 and established a private school in Mankato. After enlisting, Beatty was quickly promoted to the rank of Captain and continued to serve in the 2nd Minnesota until March 1865.

During those four years, Captain Beatty wrote many letters to his fiancée and wife, Laura Maxfield. Although Captain Beatty does not mention his participation in battles during the war, he does describe the daily camp life. In addition, these letters contain frequent declarations of Captain Beatty’s love for his “dearest Laura.”

Despite often being separated by several hundred miles for nearly three years, John and Laura maintained their relationship amid many hardships. While John endured the horrors of the war, at home in Minnesota Laura faced the US-Dakota War of 1862. In a letter dated February 20, 1863, John wrote, “I love you as I ever did although sometimes here I hardly know whether I love anyone or not, yet, I know I love you.” The melancholy expressed by Captain Beatty in this letter is characteristic of how soldiers could feel while at war. Yet, in spite of his melancholy, Beatty retained his love for his fiancée.