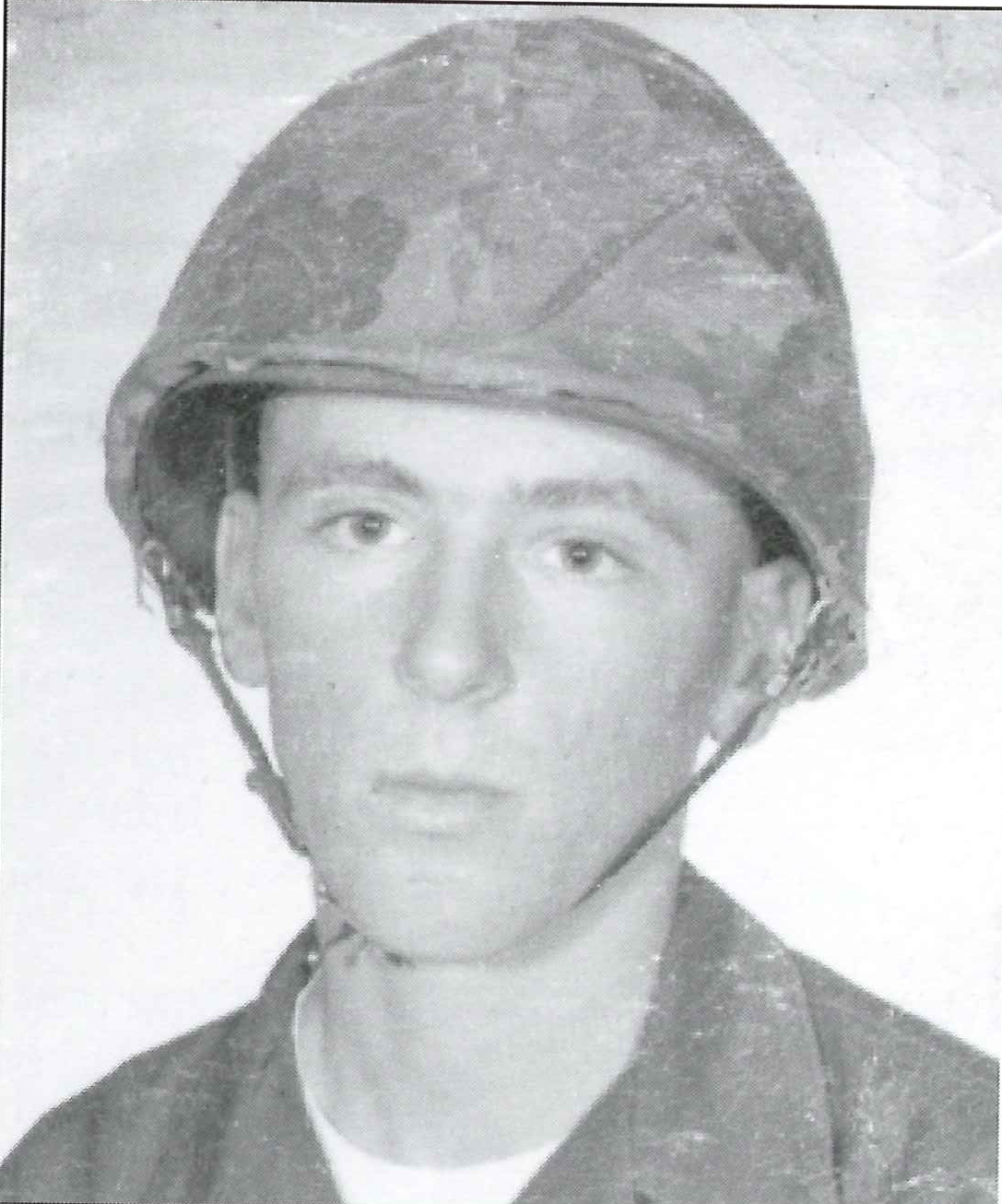 The Stoltzman family lived in Mankato and LeHiller for all of George Stoltman’s life. George attended Mankato High School and joined the Marines right out of school. It was discovered that George never actually graduated from high school and his mother signed for him that he could join the Marines.

George Stoltman was sent to Vietnam in the Fall of 1964. He came home in Spring 1965 and helped work on the dike that was being built by the Minnesota River. The Stoltzman family had to leave their home because of the high floodwaters that spring.

Funeral services were on December 9, 1965. Stolzman was buried with full Military Honors. George Stoltzman was the first man from Blue Earth County to die during the Vietnam War.

In 1984, a road was built along Mankato’s Slough. The local American Legion and Veterans of Foreign War groups requested this new road be named Stoltzman Road to honor George Stoltzman for being the first man to die in Vietnam from Blue Earth County. On Veterans Day, 1988, a local Vietnam Veterans group dedicated the Blue Earth and Nicollet County Vietnam Memorial off Stoltzman Road.