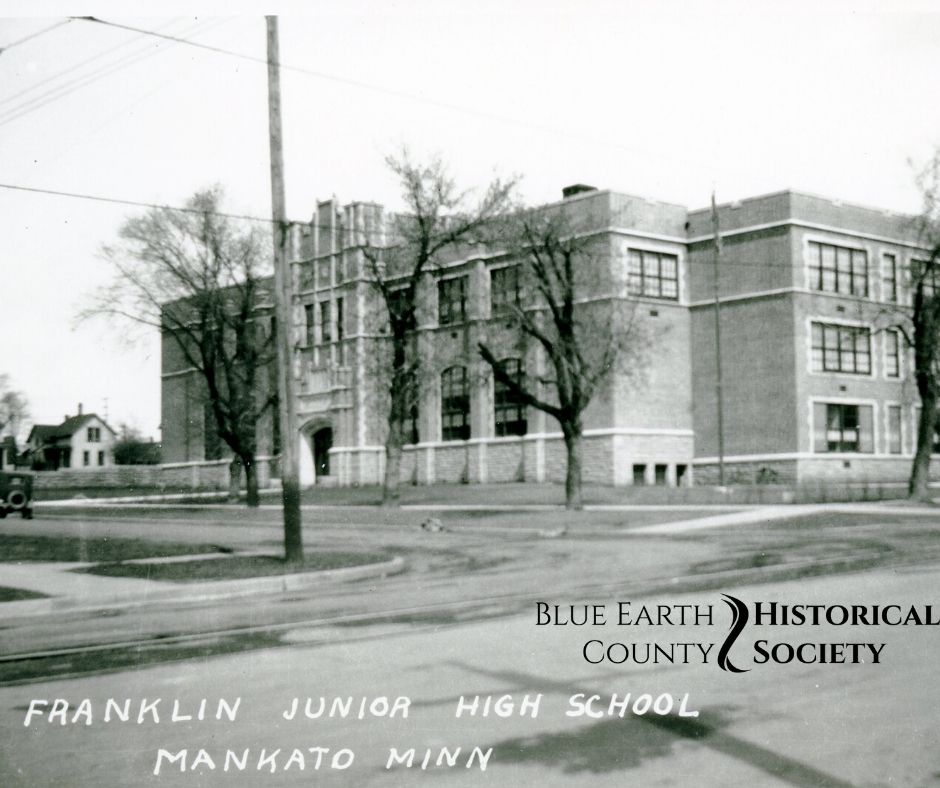 There are 10 elementary schools located in the Mankato Area Public Schools system and while many share a long, rich history, there are few that can match that of Franklin Elementary School. Named after Benjamin Franklin, one of the Founding Fathers of the United States of America, the school has been a part of Blue Earth County’s history for over a century.

A log schoolhouse was the first school in the Mankato Township of Blue Earth County and was soon not able to support the growing population of students in addition to being rundown. Three schools were built and opened in the area to accommodate those needs. The currently named Franklin Elementary School first opened its doors in January of 1875 and consisted of three rooms with no electricity to give light, depending on natural light during the day. In a surprising twist, the first principal of the school only lasted three weeks, after being constantly harassed by the young boys attending the school, she was reassigned. A new principal replaced her and he was heavy-handed when it came to punishment, not allowing the students to run wild. The school managed to move along well after that, consistently following through on its mission of education. However, by 1905, it was clear that the school needed to undergo renovations since the school did not have a sewage system and still depended on an in-room stove to provide heat.

After fifty years, a new building was needed and in 1928, the new Franklin School for Junior High students was opened on the 1000 block of North 3rd Street. For $300,000 they were able to build the new school, upgrading it from the three-room school that was previously built to a three-story building. At this same time, transportation to school was started, allowing the children to get a ride to school instead of walking or depending on others for a ride, however not in the yellow school bus many are familiar with.

Today, Franklin has come a long way from its original structure with new construction taking place in 1960 and 2009, with additional renovations made as needed. In 1982 Franklin became an elementary school supporting K-6, as well as Special Education and Early Childhood Development, the latter supporting the Family Education Project.

In the years since Franklin has been an elementary school, their priority has been education and their actions have reflected that. Through a peer-tutoring program, started in 1988, sixth graders have been paired with younger grades, working on reading and comprehension. Also, in 1993, their building became handicap accessible, even though the state would not pay for the additions. Their service-learning and outreach programs have made an impact on student’s lives, such as partnering with an orphanage in India, raising money to send books to depressed areas, and supporting the ever-changing diversity that represents Mankato. Franklin Elementary has a colorful past and its future is looking bright.