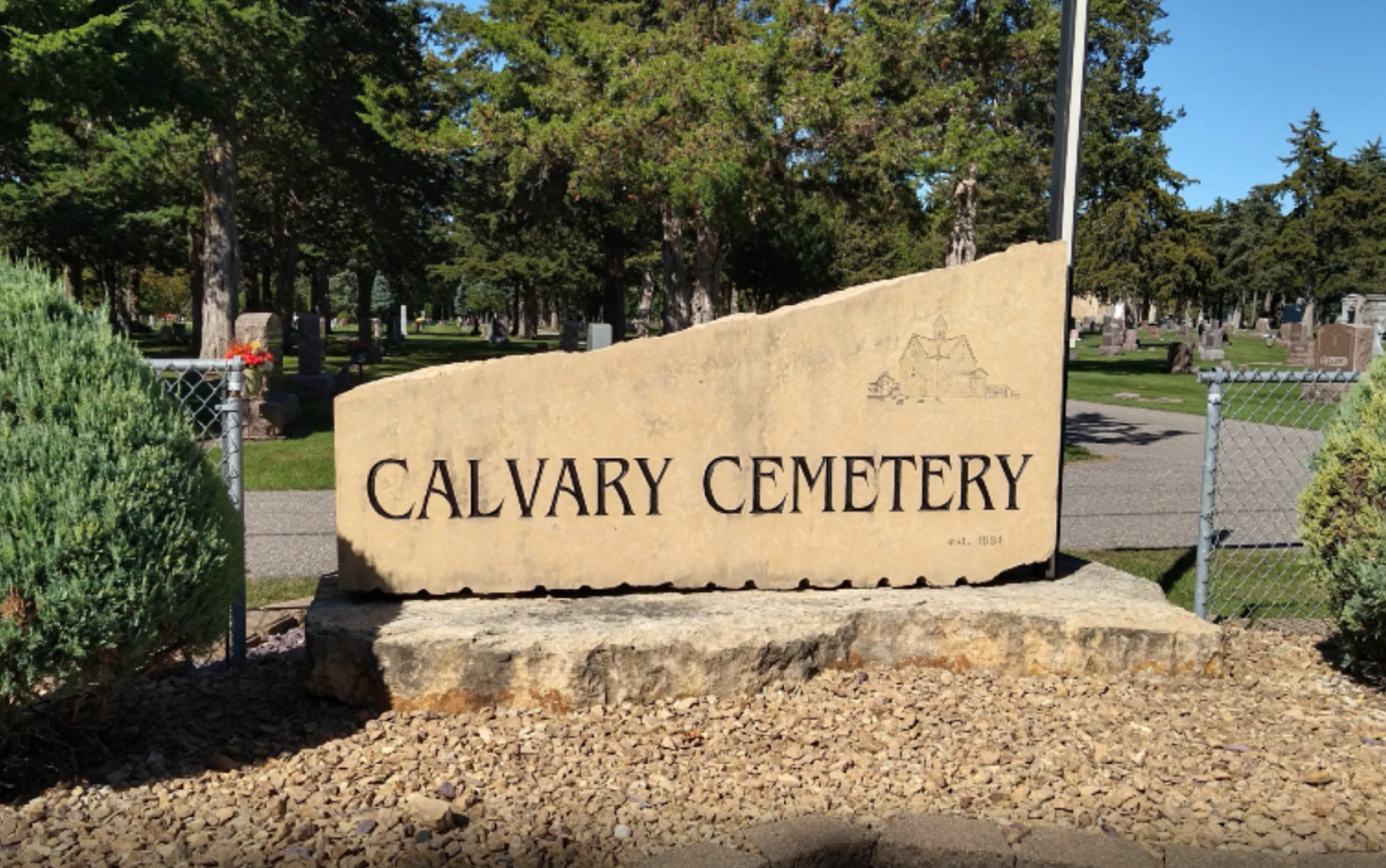 The first funeral in Calvary Cemetery was for Frank Salfer. He was killed on November 3, 1886, when he was struck by the beam of a falling derrick while working for the Cannon Valley Railroad.

Over the time that followed, many of the burials in the first cemetery, now called Pioneer Cemetery, were moved to Calvary.

The Calvary Cemetery’s chapel was completed in 1895, about 10 years after the founding of the cemetery. It is made of Mankato limestone. According to the cemetery’s website, when the chapel was consecrated, an imposing procession from the two Catholic churches downtown made their way up the hill to the chapel.

The two statues at the front of the chapel were added a year later. The marble altar was carved by Mankato’s Joseph Masberg.

The chapel’s bell, it is said, was destined for a church further West, but the steamboat it was on sunk in the Mississippi River. After being salvaged from the river, the bell was purchased and used at the Winnebago Agency. It was also used as a school bell and at Sts. Peter and Paul’s before coming to the cemetery chapel.

Under the chapel is the crypt. It was here where 12 fathers and brothers of the Society of Jesus were laid to rest. In the 1920s, the bodies were removed and buried outside, near the chapel. The vault of Brother Valentine Oser has been left open to show what these burials were like. These Jesuits each have two markers at the cemetery – the original ones still in the crypt and the newer markers outside. Most of the markers are in German and include not only their birth and death dates but also the date when they entered the church.

Cemeteries are great places to visit not only to pay your respects but to see the monuments that represent the people and their stories. Many of these stories are waiting to be discovered at the Blue Earth County Historical Society.

Purchase the Cemetery 101 Program from our Videos on Demand.

Check out this History In a Minute about Calvary Cemetery.