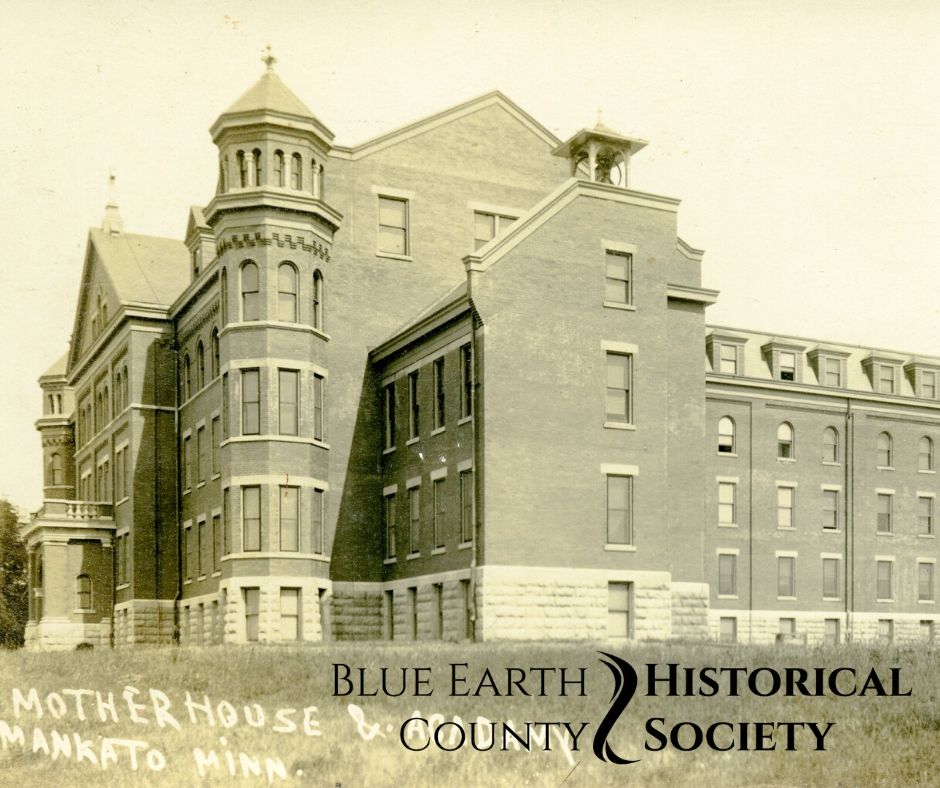 In 1912, the School Sisters of Notre Dame opened their Our Lady of Good Counsel Academy in Mankato. Two years earlier, on April 26, 1910, the sisters celebrated the transfer of a plot of land into their possession to be used for the new school. However, the sisters had served in Mankato for many years before 1910. Nuns of the order, which focused on ministry and mission through teaching young women, came from Milwaukee, Wis., to teach at SS. Peter and Paul’s school in 1865. The school flourished and the group of nuns began considering establishing a province in Minnesota.

At first, the School Sisters thought it would be best to establish a province in St. Paul, since it was a large city with many opportunities, plus it had another large city, Minneapolis, for a neighbor.

But residents of Mankato started volunteering to donate gifts to the sisters to make a place for them in Mankato. A group of businessmen offered a gift of land in 1909 so the sisterhood could build an academy for girls and a motherhouse for the sisters. This gift, in addition to the welcoming warmth Mankato’s Catholic community, prompted the superiors in Milwaukee to choose Mankato as the new province.

That fall, construction began, and by Sept. 1912, the building was finished at a cost of about $150,000. The sisters celebrated their first mass in the new province on Sept. 8, 1912, and the school itself, Our Lady of Good Counsel Academy, opened a few days later on Sept. 16. The Academy said in its dedication pamphlet:

“This new Day and Boarding School for girls is endowed with all the advantages desirable for an institution of this kind. Situated as it is on a lofty eminence overlooking not only the city of Mankato, but the Minnesota valley for miles in every direction, it is just the spot parents would wish for their daughters. The climate is healthful, the building new and modern, the campus large and beautiful, and the course of studies complete in the elementary and classical branches, as well as Music, Art, Needlework and Domestic Science. Religion instruction of course, forms the basis of the educational system; non-Catholics, however, are exempt from this study.”

The Academy served as a boarding school to young women for the next 68 years, until 1980. By then, enrollment had declined too much to keep the school running. However, the sisters remained active. They created the Good Counsel Education Center, which offered religious and educational seminars. In addition, they allowed other groups to come use the facilities for retreats and lent their old school building to Loyola High School. Day cares, Protestant worship services, pre-schools and even a business college also used the newly available space. The sisters themselves continue to serve locally and internationally, supporting missions across the globe.