Tinkcomville was once a well-known place in Mankato

Home/1900s History, Mankato History/Tinkcomville was once a well-known place in Mankato
Previous Next

Tinkcomville was once a well-known place in Mankato 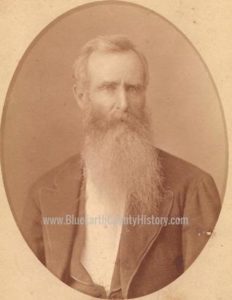 The name James Ray Tinkcom or Tinkcomville may not be familiar, but James Avenue, which now runs parallel to Stoltzman Road, is Tinkcom’s legacy.

Tinkcom was born in Mayville, New York in 1821.  He began to study medicine but never practiced.  On November 10, 1856, he arrived in Minnesota.  He recalled, in memories gathered by the Old Settlers Organization that the boat became grounded at Hastings, necessitating a cross country trip to Mankato.  He stayed at the James Cornellis Hotel in Mapleton for a time, before opening a general merchandise store in Mankato with partner, A.F. Hawley.  That partnership dissolved in 1861, and Tinkcom subsequently owned two drug stores, one operated by Jason Wickersham, brother of Dr. Moses Wickersham. Real estate then became Tinkcom’s true interest, including Tinkcom’s Addition in 1873, which became known as Tinkomville, sometimes spelled Tinckomville.  Located south of Byron Street and east of the slough, it ran along James Avenue, named for James Tinkcom.  The area was remembered for its small homes and big gardens, chickens, cows, and pigs until the city banned pigs.  It was settled principally by immigrants from Europe.

In the early 20th Century, families from Lebanon, then part of Syria, created their neighborhood along the road.  The area was often referred to as “Little Syria.”  Many had left their county of birth because they were Malachites (Greek Rite of the Catholic Church), and their young men were being pressed into military service.  Reading the newspapers of the period, the prejudice towards these new residents is evident, including a ruling by the census bureau in 1909 that Syrians were not “white”, and therefore would lose their citizenship.  However, the city of Mankato has profited by their presence with such families as the Mocols or Ramys.

Maud Hart Lovelace remembered the community in her third book Over the Big Hill, and in a later book Emily of Deep Valley.  A recent article in The New Yorker Magazine (February 2017) entitled “The Little Syria of Deep Valley,” described Emily as “Deep Valley’s premier advocate for the Syrian immigrants.”

Tinkcom built his own home on James Avenue, across from the brewery that stood where Jefferson School today.   The brewery burned in 1887.  Known as a well-to-do gentleman, Tinkcom was often seen in an open carriage pulled by two horses, with the coachman sitting high in front. At his death, he was remembered for his charitable acts. However, his private life often made the news.  In 1896, he and his wife were sued for accusing a workman of stealing diamonds from Mrs. Tinkcom while in St. Paul.  Her granddaughter had brought the jewels back to Mankato without her grandmother’s knowledge.

The Tinkcom’s were divorced in 1899.  Mrs. Tinkcom had lived in the east for some time previous to the separation.  Both accused the other of desertion.  Pfau and Pfau were attorneys for Mrs. Tinkcom, Lorin Cray for Mr. Tinkcom. The Mankato Review described some of the testimony as “quite spicy.”  The divorce was granted to her on the grounds of “cruel and inhuman conduct.”  There was a division of property.  She later sued her ex-husband for taxes due on some of the property she had received in the settlement.

James Tinkcom died on November 14, 1908, and is buried in Glenwood Cemetery.  He was remembered as one of the oldest and best-known resident’s of the city.  Tinkcom was among the organizers of the Episcopal Church and served one term as city treasurer.  He left one daughter, Mrs. Olaf (Lillian) Lundberg, and his memory in a street named for him.